Huston - Dr. Kristen Brustad is an imminent professor of Arabic at the department of Middle Eastern Studies at UT. Interviewing her about her experience with Arabic and the Arab world is an exercise which can be emotional for me. 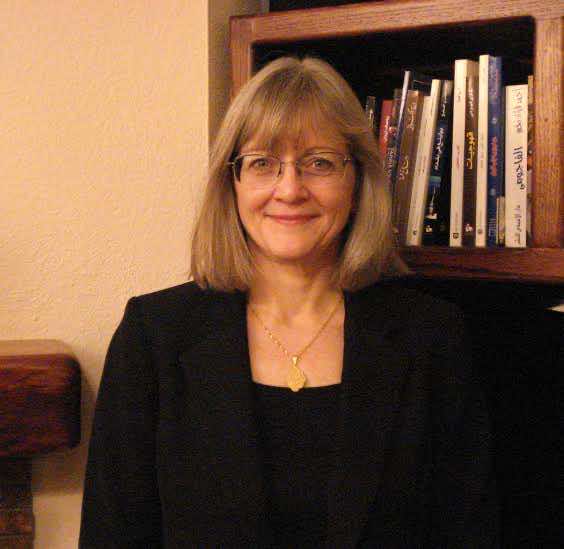 Huston – Dr. Kristen Brustad is an imminent professor of Arabic at the department of Middle Eastern Studies at UT. Interviewing her about her experience with Arabic and the Arab world is an exercise which can be emotional for me.

Although we wrote email messages to each other in English, I never felt the need to speak to her except in Arabic. And what Arabic – plain Moroccan darija. She speaks it without accent, except for very sporadic interference from Egyptian or Levantine varieties. I was surprised to learn at the end of the interview that she had been to Morocco only for three months in the summer of 1988 while she was doing field work for her PhD degree. For me, she stands on this side of the fence.

Her first contact with Arabic, she says, was a mere coincidence. Apart from a very general idea about the Middle East as a region on the map, she lacked any idea whatsoever about Arabs or Arabic culture. At Harvard, she studied Russian, probably like many other students who were attracted by the job opportunities the knowledge of this language provided during the Cold War. But she was not the kind of person who would opt for a career in intelligence service. Then came a small grant from the Omani government to study Arabic during summer in the Sultanate. She accepted it mainly because she wanted to spend her holidays overseas.

While she was studying the Classical language basically through grammar rules, she became found of the grammatical and the morphological symmetry of the system. The grammar of Russian was much more complicated because of its many cases, compared with those of Arabic, but there were so many exceptions that rendered the knowledge of rules almost useless for the learner. So, although she didn’t learn how to communicate with people, she did love the language and probably became curious to know about the Arabic literary tradition.

Her real contact with Arabic culture, however, always according to her, started later on when she travelled to Egypt. There, she learnt to communicate with ordinary people through the colloquial variety. She spent three years there, working at the American University in Cairo until she was summoned, against her will, by the department at Harvard. She remembers those days with nostalgia. She found Egyptian Arabic to be a living language, much more useful to express the life she wanted than the Classical variety. The warmth of the Egyptian people and their way of life provided her with the alternative world she had been looking for.

Throughout the years, she became more and more involved with the Arabic language and literature, as well as other issues related to the Arab world. Now, she says has both an American and an Arab identity. When she comes back after short stays in the Middle East, she would experience some kind of cultural shock, probably not very different from the one an Arab would experience. I asked her if the sad events happening these days in some Arab countries had not disappointed her, but she answered in the negative. What attracted her most were the people and their culture. I felt, though, that her answer might have been motivated by tact. I was sure she was not happy about that, and that she wished the situation had been better.

Concerning Arabic teaching in the U.S, she considers that it has developed substantially. She could remember how at Harvard she was taught by a German Orientalist through a traditional method that focused exclusively on written texts. But no significant progress could be achieved, given a lack of a strong background in the language. When she started teaching Arabic some thirty years ago, only nineteen universities over the whole the country provided Arabic programs. The number of students was also very small, which often meant that there were no regular classes. A student of Arabic in those times had to rely almost exclusively on him/herself.

After the sad events of 9/11, the number of Arabic programs in American universities rose exponentially. Dr. Brustad believes that this is a good opportunity to strengthen the presence of Arabic in American higher education. Together with Mahmoud Al-Batal, she militated to create a department of Arabic studies that targeted, not only language teaching, but also post-graduate studies in Arabic linguistics and literature. She looks for the day when every respectable American university will have an Arabic department, just like French, Spanish, German or a host of other languages.

To tell the truth, I was amazed at what she teaches her post-graduate students. I attend her course regularly, as well as the weekly meetings of the research group on Arabic and its dialects. Among the readings assigned to students are Sibawahi’s Kitab, Farra?’s ma?ani l-qur?an, Ibn Kutayba’s m?arif, some Umayyad poetry, and of course the Holy Qur?an, which are rarely used as references at Arab universities. What is exciting is that her purpose is not to inculcate in her students the old ideas that Arab scholars have been propagating since times immemorial, but rather to train them to adopt a critical stance in order to develop a deeper understanding of the historical development of Arabic and of old texts.

When I asked her about her evaluation of the contribution of modern Arab scholars concerning these issues, she was rather skeptical of their work. She thought that there were many taboos that Arab scholars were unable to overcome and, consequently, these scholars could not raise pertinent questions or explore new areas of linguistic research. She was talking particularly of the Mashreq, which she said she understood better. Her opinion about Maghrebi researchers is rather favorable, given the quality of work done there, according to her. She believes that the Maghreb will contribute a lot to Arabic culture and thought in the future.

I addressed to her a final question about the role of Arabic departments in encouraging mutual relations and understanding between Americans and Arabs. She asserted that this was happening at the individual level, but probably not between institutions. Cooperation between institutions, such as universities, is particularly discouraged by lack of transparency in Arab countries. She gave the example of the University of Damascus, which proved a few years ago not to have a bank account when the University of Texas wanted to pay tuition fees for a group of American students who wanted to study Arabic there. As to explaining the Arab position concerning regional politics, she recalled her efforts after 9/11 to explain to the community why Arabs would be angry with America.

Mahmoud Al-Batal and herself were frequently invited to clubs, churches, and other sorts of associations to discuss the history and the culture of the Arab region. Dr. Brustad hasn’t experienced much of Morocco, but she keeps good memories of her short stay there. She feels a great need to travel extensively in different parts of the country in order to get closer to its people. We can only tell her: ?ahlan wa sahlan wa marhaba.