Marrakech - Aammori Mbarek, one of the pioneers of Amazigh song and a lover and singer of freedom, alienation and continuous traveling, was born in a rural area in Taroudant, (88km southeast of Agadir), in 1951 and brought up in a very cruel environment within a charity. 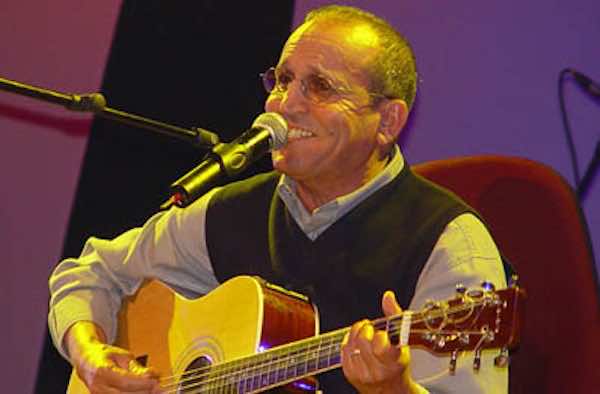 Marrakech – Aammori Mbarek, one of the pioneers of Amazigh song and a lover and singer of freedom, alienation and continuous traveling, was born in a rural area in Taroudant, (88km southeast of Agadir), in 1951 and brought up in a very cruel environment within a charity.

Mbarek’s story is like a fairy tale: he was born and raised away from the love and warmth of his family, but he discovered the world of art. He created his own way and several singers took after him, becoming the face of all Amazigh song lovers.

Mbarek devoted much of his life developing the Amazigh song. After creating the Souss band, which sang not only in Tamazight but in French and English as well, he moved and took part in community service work. He joined the Moroccan Association for Research and Cultural Exchange, which was the motive behind Mbarek’s ‘Yah’ group, and which turned into the band Ussman in 1975. Ussman then became one of the first Amazigh groups that joined the world of famous groups in Morocco alongside Nass Al ghiwan ,Iznezarn and Jil Jilala.

Thanks to Mbarek’s group, the Amazigh song shifted from the classical style, such as that of Rouaiss and Ahwach, to a modern style. As a result, the new style, which maintained the authenticity of Amazigh song but embraced modernity, was born. New instruments were also used for the first time in Amazigh songs, including the harp, violin, and accordion.

Ussman owes a large part of its success to the Moroccan Association for Research and Cultural Exchange for training and providing space for them to meet a large audience. Moreover, thanks to their settlement in Rabat, the group started being well known all over the world, especially after their concert in the famous “The Olympic” in Paris.

Since 1977, Ussman has separated into individual singers. Thus, Mbarek continued his artistic career and met several famous people in the Moroccan art such as the poets Ibrahim Akhyyat, Ali Sidky Azaiko, Mohammed Messtawi, and others.

Mbarek, the owner of the song “Janbi,” which won first prize at the first Festival of the Modern Moroccan Song in Mohammedia, (31 km from Casablanca), in 1989, is now unfortunately fighting cancer. Because of his own character, Mbarek never liked to be in the spotlight. He once said to those around him in the clinic where he is being hospitalized in Casablanca, “I want to coexist with my disease alone.”

Thanks to Mbarek’s creativity and talent, Amazigh songs and culture will remain always great witnesses to all his efforts towards developing and enhancing the Amazigh art.