Fez - Eduniversal, a global ranking and rating agency specializing in higher education, has selected HEM Business School in Casablanca as the number one business school in Morocco based on the Deans Vote Survey for 2014. 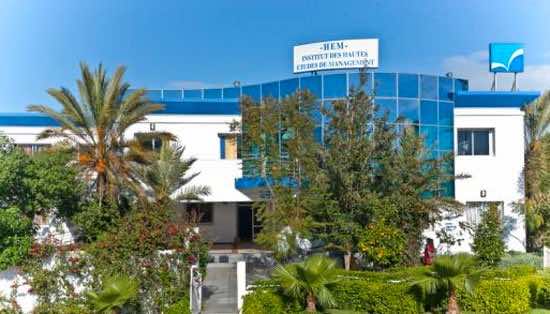 Fez – Eduniversal, a global ranking and rating agency specializing in higher education, has selected HEM Business School in Casablanca as the number one business school in Morocco based on the Deans Vote Survey for 2014.

The mission of the agency is to provide the tools and expertise to enable individuals, regardless of nationality, income level or background, to be able to navigate the best global educational opportunities and to make the right personal choices, from selecting an academic institution to choosing a career.

1000 schools were chosen as the best business schools from 157 countries in the world based on reputation and influence regionally and internationally.

For excellent business schools with reinforcing international influence in Morocco, HEM Business School ranked in first position with 164% of the Dean’s recommendation rate. ESCA School of Management came in second with 152%, followed by Groupe ISCAE with 88%.

In spite of the great reputation it has nationally, Al Akhawayn University of Business Administration in Ifrane occupied the fourth position with 64% followed by the National school of Business and Management in Settat.

The representation of schools with regional influence in Morocco remains weak. Mohammed V University of law, economics and social sciences is the only institution which appeared on the list with 16% calling for more efforts to promote universities in the region.

In Africa, the countries of South Africa and Egypt hold the lion’s share of reputation and influence as Cape Town and Stellenbosch Universities ranked first and second, respectively, on the list while The American University of Business in Cairo, Egypt captured the third position.

The vote came as expected in Western Europe with the Copenhagen business school in Denmark topping the votes, followed by London Business School in the United Kingdom and INSEAD in France.

In North America, the U.S.’s Harvard Business School preceded McGill University of Management in Canada and both Yale School of Management and Stanford University Graduate School of Business in USA dominated the third position. The ranking is not surprising as it reflected the fame and influence of the universities in the world.

The top 3 excellent Business Schools in 9 geographical zones according to the results of the 2014 Deans’Vote Survey were recognized during a Convention on October 22, 2014 in Istanbul, Turkey.