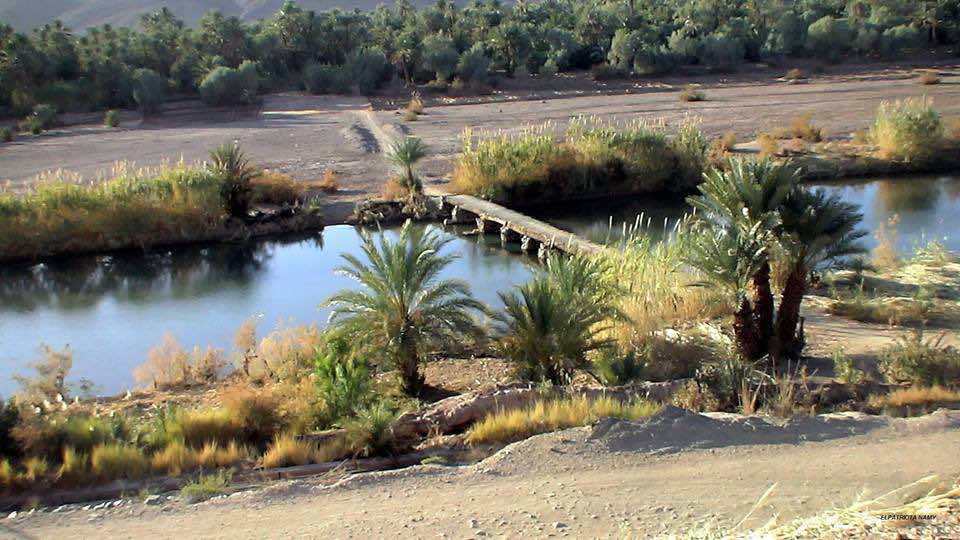 Fez – The Moroccan government’s lack of attention to its citizens facing great hardship for more than a week is pitiful. Morocco’s southeastern region (Ouarzazate, Tinghir, and Zagora) is facing substantial trauma, and its people, houses and plantations have been devastated, while the region was flooded.

“There hasn’t been a time when we’ve been completely cut off from other parts of the country,” a man from Tamellalte tells me. People’s belongings and possessions were dispersed throughout the area after heavy rain and floods recently incapacitated several southern Moroccan towns.

In Tamellalte, a vilage located 60 kilometers northeast of Zagora, the current situation is unbearably dismal. People from inside and outside the area have appealed for government assistance. Tamellalte is generally prepared when the Draa Valley is flooded, due to the tribe’s low elevation and seasonal weather patterns. Dwellers have come to expect these events. What they did not expect is the continuous negligence and delinquency from Moroccan authorities to address the issue of their remoteness.

Many people in Tamellalte are in desperate need of help in terms of shelter, food, and other basic living amenities. Imagine students, schoolteachers, and traders unable to attend their institutions in the village on the other bank of the river because of floods. Imagine people unable to access basic food items in their local market. Imagine the entire infrastructure in Tamellalte either destroyed or inaccessible, with its dwellers effectively cut off from the rest of the region due to destroyed roads.

I have already made an account of a similar incident in a previous article, “Tamellalte, the Forgotten Town.” Now, the same situation is playing out across the greater southeast, and in Tamellalte in particular. These floods are, in fact, an additional challenge to Tamellalte, alongside an ongoing tribal conflict between the people of Tamellalte and their neighbouring tribe on the opposite side of the river, Tamezmoute. Short skirmishes have broken out all along and over the bridge and road construction, to which Tamezmoute never consented.

As far as back as I can remember, 2004 saw the most traumatic event of the long history of tension between Tamellalte and Tamezmoute, with both tribes constantly fighting over the bridge. As an onlooker, I was overwhelmed to see the tribes warring and fighting with one another. It was around 5:00 pm February 4th when men, women, and children all joined in on the fight. The news spread, and dominated the entire region. It’s shameful that people in the 21stcentury still get worked up over the pettiest of subjects, such as a bridge or tarred road. It shows how ignorance perpetuates society. Both Tamellalte and Tamezmoute are subjects to their ignorance, alas!!!

Efforts have been made to heal the rift, yet it is ordinary to find the two constantly in conflict, rarely reaching common ground. Tamellalte always sues for peace, because they always anticipate catastrophic events. However, such a flood is never anticipated. The onus, accordingly, falls on the local authorities to intervene and maintain the status quo and to end such skirmishes. This accentuates the authorities’ neglect and both tribes’ remoteness.

Recently, the significance of this negligence has come into sharp focus. Many people question the possibility of dialogue between the belligerents. Still, it’s difficult to gauge where the blame lies. First and foremost, as inhabitants of the area, we must be aware of the problems that should be overcome by moving from a framework of personal and tribal interests to looking at what we have in common as a neglected, ostracised, and remote part of Morocco.

I believe that it is high time to build our lives together on solid foundations of mutual love, peace, and knowledge, rather than the sands of ignorance. I painfully stress that both tribes align themselves together for the sake of future generations. Still, regrettably, the strong beliefs of antagonism, hatred, and enmity are instilled in every member of both tribes. The tribes’ adults, both educated and uneducated, have arrogantly declined to discuss the matter. Whenever tribe members pass by youth gangs from the opposite tribe, they receive bitter and relentless insults. I have always wondered why authorities condone harassment like this?

It is a depressing fact that both tribes are not yet ready for dialogue because of their disdain, arrogance, denial, and dogmatic tribal interests. I have no doubt that our society, our future, and our very existence are better than this. Sooner or later, the tragedy of flood will come to an end. We urgently need a concrete bridge to open Tamellalte to the rest of the region. It is something we have fought for, imprisoned for, and killed for. It is common knowledge that Tamellalte runs in our blood. In the same vein, we live by it, or we die by it.