Rabat - Chelsea doctor Eva Carneiro will not attend the game against Man City after she was told by manager Jose Mourinho that she will no longer be sitting on the bench on matchdays and trainings. 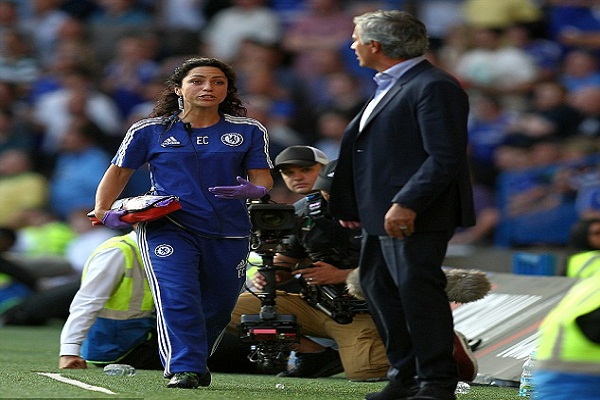 Rabat – Chelsea doctor Eva Carneiro will not attend the game against Man City after she was told by manager Jose Mourinho that she will no longer be sitting on the bench on matchdays and trainings.

The Chelsea manager criticized Carneiro after she rushed in to the field to treat Eden Hazard during Chelsea’s 2-2 draw at Stamford Bridge in the Premier League over the weekend.

As a result, the Belgian player was forced off the pitch and left Chelsea down to only nine men for a short time after goalkeeper Thibaut Courtois was already shown a red card.

The Gibraltar-born Carneiro will continue in her role as first-team doctor, but she will no longer attend games and trainings.

A furious Mourinho told Sky Sports after the game that he was “not happy” with his medical staff.

“Even if you are a kit man, doctor or secretary on the bench, you have to understand the game.

“You have to know you have one player less and when you go to the pitch to assist a player, you have to make sure your player has a serious injury.

“I was sure he hadn’t a serious problem. He had a knock, he was very tired. But my medical department left me with eight outfield players in a counter-attack after a set piece and we were worried we didn’t have enough players left.”

Born to a Spanish father and an English mother, Carneiro joined Chelsea in 2009 as a reserve-team doctor before being promoted by Andre Villas-Boas to take the first-team role in 2011.