Rabat - Morocco is standing at the 121 position globally and ninth in the Arab world in the newly released Human Freedom Index (HFI). 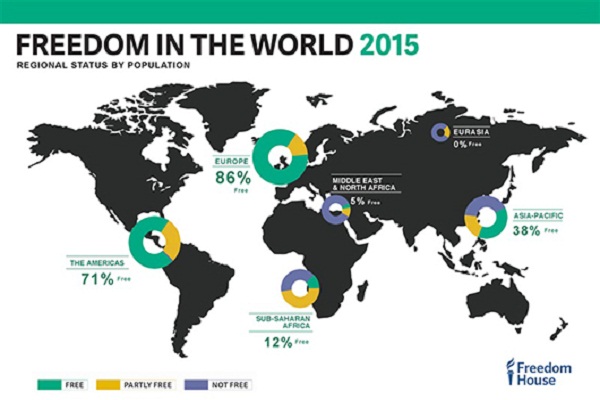 Rabat – Morocco is standing at the 121 position globally and ninth in the Arab world in the newly released Human Freedom Index (HFI).

The report, co-published by the Fraser Institute, the Liberals Institute at the Friedrich Naumann Foundation for Freedom, and the Cato Institute, is a global measurement of personal, civil and economic freedoms that covers 152 countries around the world.

Mauritius is ranked at number one in Africa, followed by Cape Verde in second place, South Africa in fourth place, and Namibia and Zambia in the fifth and the sixth positions respectively. The DR Congo is ranked last in Africa and 150 in the world.

Hong Kong is ranked number one in the world, followed by Switzerland, Finland, Denmark, and New Zealand, Canada, Australia, Ireland, the United Kingdom, and Sweden. The United States is ranked in 20th place, while Iran ranks at the bottom of the index at 152 in the world.