Taroudant - Morocco will receive on Monday its second high-speed train (TGV) at the Port of Tangier Med, the National Office of Railways (ONCF) said on Friday. 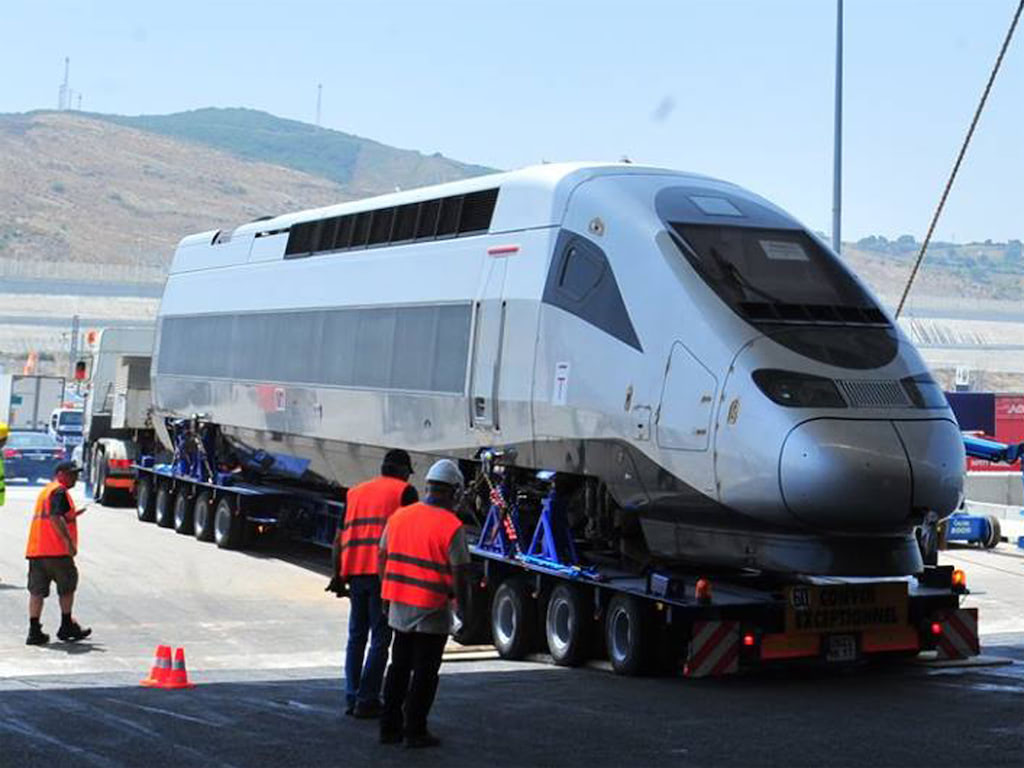 By
Larbi Arbaoui
-
Larbi is a freelance writer and assistant editor at Morocco World News.
Sep 6, 2015
Spread the love

Taroudant – Morocco will receive on Monday its second high-speed train (TGV) at the Port of Tangier Med, the National Office of Railways (ONCF) said on Friday.

“The transfer of this train to the Tangier maintenance workshop will take place in a number of special convoys,” the ONCF said in a statement, adding that the train’s components will be transferred to the assembly and maintenance center installed next to the ONCF station of Moghogha.

“The assembly of all these components will begin immediately after the arrival at the workshop,” the statement said.

The high-speed train is the first of its kind in Africa. It will link Tangier to Kenitra in only 1 hour and 30 minutes.

In the future, the TGV will connect Tangier to Casablanca in 2 hours and 10 minutes instead of five hours on the current train.

When King Mohammed VI and the former French President Nicolas Sarkozy launched the project in September 2011, the high-speed train was scheduled to be operational in December 2015.

This date was later postponed to 2017 because of delays in the infrastructure work.

The same source said that other trains, ordered for TGV Casablanca Tangier, will continue to arrive in Morocco regularly after their manufacture.