Marrakech - The handover ceremony between Mohamed Sajid, the outgoing mayor of Casablanca, and Abdelaziz El Omari, the new mayor, took place last week at the district headquarters of the economic capital. 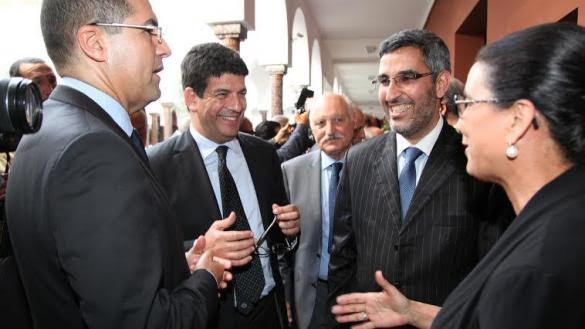 Marrakech – The handover ceremony between Mohamed Sajid, the outgoing mayor of Casablanca, and Abdelaziz El Omari, the new mayor, took place last week at the district headquarters of the economic capital.

“Casablanca needs all its residents, representatives of local authorities in the region, and associations to work together to achieve the long-awaited development goals,” said El Omari.

The files that await the new mayor are public transportation, water supply, electricity, debt recovery, and local development, according to La Vie Eco in its Monday edition.

Mdina Bus demanded two billion MAD, which corresponds to the planned investments that were not achieved. It will reportedly purchase 200 new buses. Similarly, the new mayor will have to deal with cohabitation between the bus and tram in Casablanca, a blocked file since 2014.

The issues of water and electricity have been dragging on since March 2015. A source close to the case confirmed to Life Eco: “The ONEE plans to resume talks with the city Council around the assignment of territories for which it is responsible”.

Other issues facing the new mayor include debt collection, which is estimated at 3.9 billion MAD, the actual start of local development corporations responsible for wholesale market management of fruits and vegetables and slaughterhouses, managing parking, and the revaluation of patrimony.