Brussels - The European Union calls on all parties to the Western Sahara issue to seek a negotiated settlement, said Vice-president of the European commission, Fedredica Mogherini. 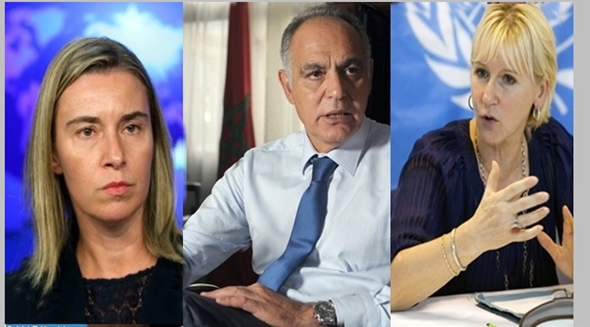 Brussels – The European Union calls on all parties to the Western Sahara issue to seek a negotiated settlement, said Vice-president of the European commission, Fedredica Mogherini.

Mogherini, who is also EU’s high representative for foreign affairs and security policy, said “the EU encourages parties to seek a negotiated settlement to the conflict and supports the UN process”.

In a written answer to a member of the European parliament, the official stressed that the EU backs the UN Secretary General’s efforts to reach “a fair, lasting and mutually acceptable political solution.”

She went on to express the Union’s concerns over the persistence of the conflict and its implication on security and the respect of human rights in the Tindouf camps and on integration in the region.

The alleged move caused an uproar in Morocco and caused the Moroccan government to hint that he would take retaliatory against the Swedish government.

The Minister went on to ad that Morocco will not tolerate that its “stability, territorial unity and its commercial interests be threatened,” the Minister added.

The Swedish government has swiftly reacted to the firmness shown by the Moroccan government.

In a statement to MWN, on Thursday, the Swedish Ministry of Foreign Affairs said that it had not decided to recognize the so-called SADR.

In another statement sent by the Swedish Ministry of Foreign Affairs to MWN on Tuesday, Stockholm stresses that its policy with regards to the Western Sahara is still under review and will be completed by next year.

“The Government is currently conducting an internal analysis of Sweden’s policy on Western Sahara, in light of the interest in this issue in Swedish society. The analysis is in progress and is expected to be completed early next year,” the statement said.

The statement renewed the Swedish government’s support for the UN political process and for the work done by the UN envoy, Christopher Ross, and stressed its wish to have “good relations with Morocco.”

“It is good that the United Nations is now making renewed efforts to find a just, lasting and mutually acceptable political solution to the conflict in Western Sahara. We support the work of the UN Secretary-General’s Personal Envoy for Western Sahara, Christopher Ross.”

“Sweden wish to have continued good relations with Morocco,” it concluded.