New York - United Kingdom’s tourist and travel magazine “Conference & Incentive Travel” has chosen Morocco as the best destination of the week for British tourists.The magazine regards Morocco the top travel location for even the most demanding of English visitors. 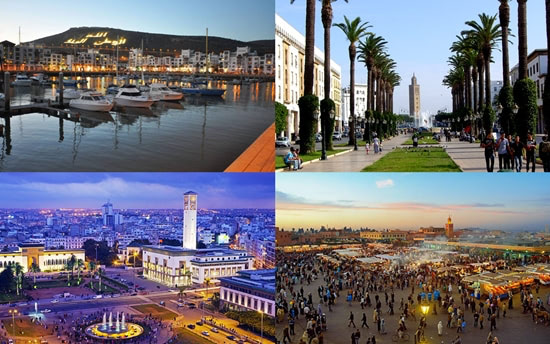 By
Karla Dieseldorff
-
Karla is an award-winning actress and producer.
Oct 27, 2015
Spread the love

The magazine regards Morocco the top travel location for even the most demanding of English visitors.

The British publication highlighted the North African nation’s paradisiac landscapes, its rich history and culture, as well as the hospitality of the Moroccan people.

The “ease of access and stunning surroundings make Morocco’s most popular city a haven for incentives, click for Event Planner’s Guide to Marrakech,” the magazine said.

“Marrakech and its surroundings feel as if they are on the other side of the world, yet its easy accessibility has made the North African destination a firm favorite for UK groups,” it added.

Marrakech Agadir, Rabat and Casablanca are among the most popular destinations for English tourists.

The number of British tourists who visited Moroccan territory grew 14 percent in 2014 compared to 2013.

The report revealed that more than 626,000 British tourists visited Morocco in 2014.

Airlines have also benefitted from the surge of British visitors with 80 scheduled flights per week from the UK to Morocco –London-Marrakech being the most popular service.

The Moroccan National Tourist Office (ONMT) is allegedly creating ways of attracting more tourists from United Kingdom and seeks to reach a million visitors within the next two to three years.

According to the same source, since 2013, Morocco was the top African destination for British tourists ahead of Egypt, Tunisia and South Africa.