New York - An American man has been allegedly scammed out of nearly US $100,000 after marrying a Moroccan “mail order bride.” 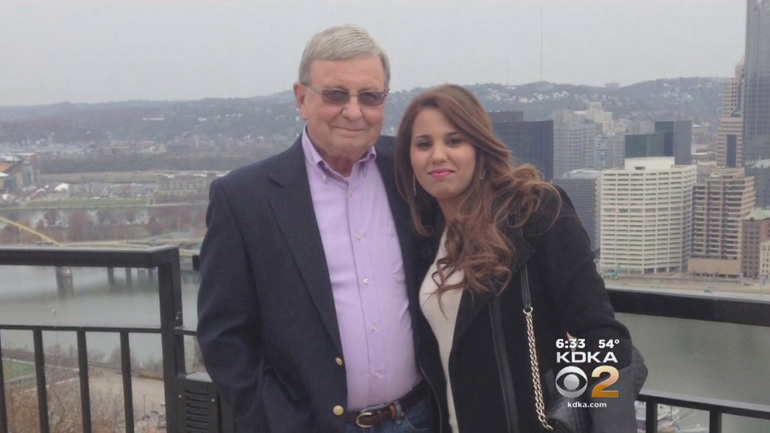 By
Karla Dieseldorff
-
Karla is an award-winning actress and producer.
Oct 31, 2015
Spread the love

New York – An American man has been allegedly scammed out of nearly US $100,000 after marrying a Moroccan “mail order bride.”

Jerry Mentzel, a 69-year-old widow from Pennsylvania ordered a 24-year-old mail bride from Morocco by the name of Saida Lahouatchi or Valantina Viba, according to CBS Pittsburgh investigative segment “Get Marty”.

Mentzel contacted “Get Marty” for help when he realized he had been a victim of a $100,000 rip-off.

“I am writing as I don’t know where else to go to get someone to listen. I brought a young woman here from Morocco and married her. Five days later I filed for divorce as all she wanted was my money,” Mentzel said to “Get Marty” investigators in an e-mail.

In a video posted by CBS affiliate KDKA, Jerry said he was feeling lonely; his wife Barbara died from pancreatic cancer after 43 years of marriage and he wanted a new companion.

The victim signed up at RoseBrides.com, a “mail order bride” website claiming “Your true love could be waiting – join us today.”

“I’m mad at myself. I look in the mirror and say, ‘Why did you do this?” he said regretting his actions.

Jerry claimed he was demanded a $32,000 payment as “dowry” that he sent to Saida’s “brother-in-law” in London to be able to marry her.

After bringing Saida to the US, he noticed all she wanted was his money and a green card. Jerry was desperate, filed for divorce and signed a settlement agreement and alimony for thousands of dollars.

David Abatte, security agent from U.S. Homeland Security said these cases are a type of “marriage fraud” and the department is investigating Mentzel’s case.

According to the FBI’s Internet Crime Complaint Center, they received 6,000 complaints from victims of “romance scammers” in 2014 with a loss of nearly $50 million.

Meanwhile “Get Marty” contacted the Moroccan woman by phone in Tangiers, Morocco about her former husband.

“Jerry was my husband. He was not good to me. I don’t know what’s wrong with him,” Saida said.

When asked about the $100,000 Jerry spent on her, she simply answered, “The money was my gift for the marriage.”