New York - A recent survey revealed that 93 percent of young Moroccans reject terrorist organizations and believe they represent a “complete perversion of Islam.” 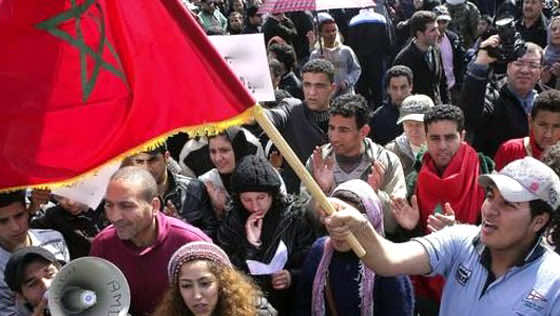 By
Karla Dieseldorff
-
Karla is an award-winning actress and producer.
Jan 15, 2016
Spread the love

New York – A recent survey revealed that 93 percent of young Moroccans reject terrorist organizations and believe they represent a “complete perversion of Islam.”

According to the study commissioned by the Abu Dhabi-based Tabah Foundation, which interviewed 738 Moroccans from Marrakech, Casablanca, Rabat, Meknes, Fez and Tangier.

The poll revealed that 93 percent of Moroccan youth reject religious extremism and believe that terrorist groups, such as the so-called Islamic State and Al Qaeda are a “complete perversion” of the teachings of Islam.

In regards to “religious extremism,” 50 percent of young Moroccans believe that “corrupt, repressive and unrepresentative governments” are a key factor in recruiting youth toward extremist ideas.

The ZRS survey also pointed out that 44 percent of Moroccan youth blame “extreme religious teachings” on recruitment of young jihadists, while 39 percent believe is caused by “poor levels of education.”

According to the same source, 70 percent of Moroccan youth interviewed said “religious leadership”belongs to the country’s Grand Mufti as the only religious leader with the right to interpret and explain religion and say what is “halal” or “haram” (allowed or prohibited).

Meanwhile, 63 percent of young Moroccans obtain their religious ideas from imams (preachers) through television, while only 33 percent follow the teachings of Sheikhs.

As far as identity, the poll noted that 59 percent of Moroccans are defined by their birth country, Morocco, while only 18 percent see themselves first as Arabs and 15 percent as Muslims.

On the other hand, 92 percentMoroccans consider it important that the people they meet know they are Muslims.

Tabah Foundation is a non-profit organization that explores suggestions and recommendations for the benefit of society, while exalting the values of Islam and Arab countries.