Paris - As part of the French government reshuffle aiming at rallying the left before the presidential elections that will take place in just 15 months, Audrey Azoulay, daughter of King Mohamed VI’s adviser Andre Azoulay, has replaced former culture and communication minister Fleur Pellerin. This new appointment is certainly not without significance. With this cabinet reshuffle, three Moroccan natives are now part of the French Government:

Paris – As part of the French government reshuffle aiming at rallying the left before the presidential elections that will take place in just 15 months, Audrey Azoulay, daughter of King Mohamed VI’s adviser Andre Azoulay, has replaced former culture and communication minister Fleur Pellerin. This new appointment is certainly not without significance. With this cabinet reshuffle, three Moroccan natives are now part of the French Government:

1.  On 16 May 2012, Najat vallaud-belkacem was appointed Minister’s of Women’s Rights and Government’s spokesperson. Then, on 2 August 2014, she was named Minister of City Affairs, Minister of Youth Affairs and Sports before becoming Minister of Higher Education and Research replacing Benoit Hamon on 26 August 2014.

2.  On 26 August 2014, Myriam el Khomri was appointed Secretary of State to the Minister of Urban Affairs, Youth and Sports, responsible for urban policy. Then, on 2 September 2015, she was appointed Minister of Employment, Vocational Training and Social Dialogue, replacing François Rebsamen who became Mayor of Dijon.

3.  On 11 February 2014, Audrey Azoulay was appointed as new Minister of Culture and communication replacing Fleur Pellerin.

Before trying to challenge if the purpose of joint appointments is to foster France’s relationships with Morocco, it seems appropriate to take a glance at these three Moroccan natives to distinguish their different backgrounds: 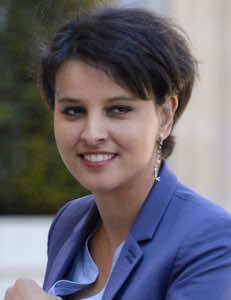 Second in a family of seven children, Najat Ballaud-Belkacem was born in 1977 in the Rif region of northern Morocco (Beni Chiker). She first came to France when she was four and it was there where she spent her childhood. After obtaining her French nationality at 18, she studied at France’s Institute of Political Science and worked as a jurist and active member of the French Socialist Party.

In 2007 presidential elections, she was the spokesperson for Ségolène Royal. French President Hollande also gave her the same opportunity during the 2011 presidential elections. One of her least controversial achievement as Minister’s of Women’s Rights, was her gender equality law which promotes gender parity at home and in the workplace. However, since her appointment as Minister of Higher Education and Research, her plans to reform middle schools (end of European/bilingual classes) to provide more equal and pupils’ chances of success regardless of their backgrounds, have provoked the ire of the teaching community.

Myriam Khomri: the third labor minister since Hollande came to office in May 2012 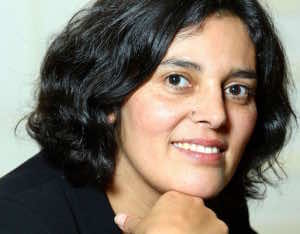 Myriam El Khomri was born in Rabat in 1978 but spent part of her childhood in Tangier. She came to France when she was nine. After studying public law at Montesquieu university of Bordeaux and Pantheon-Sorbonne University, she was twice elected councilor at the Paris City Council and has also worked as spokesperson of Paris Mayor Anne Hidalgo during 2014 municipal elections.

On 26 August 2014, Myriam El Khmori was named Secretary of State to the Minister of Urban Affairs, Youth and Sports, responsible for urban policy. Despite her limited government experience, she was appointed as labour minister in September 2015 to tackle and bring down the 10,2% France’s jobless rate. Myriam El Khomi is currently working on ambitious reforms that will profoundly change the French labor code and review the 35-hour working week. The reforms are to be presented to the French cabinet this coming March.

Audrey Azoulay: from Hollande’s cultural advisor to Minister of Culture and communication 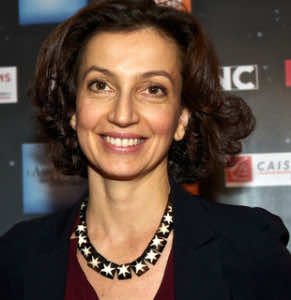 Audrey Azoulay, 43, was born in 1972 in Essaouira. After studying at the Paris Institute of Political Studies and the National Administrative School, she was in charge of the audio-visual sector at the culture ministry’s media management team before becoming Assistant Director of the National Center for Cinema and the Moving Image (CNC). Unlike to Fleur Pellerin whose background was mainly based on economics studies, Audrey Azoulay has acquired a wider knowledge of cultural matters through her various professional experiences. Let’s hope she will successfully tackle the debate over Pellerin’s culture bill related to the “liberty of creation, architecture and heritage,” that will be presented to the French senate next Tuesday for a vote.

While we can’t argue that choice of these new appointments aims at fostering the relationship between France and Morocco, it cannot be denied that these three Moroccan natives are playing a key role as representatives of France’s diversity, reality and the strength.