Rabat - Portuguese football star Cristiano Ronaldo is said to be planning to build the first first-class African hotel for international celebrities in Marrakech. 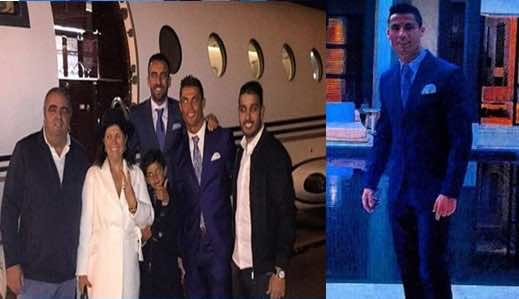 Rabat – Portuguese football star Cristiano Ronaldo is said to be planning to build the first first-class African hotel for international celebrities in Marrakech.

Benkirane, who is also a football agent, refuted rumors circulating on social media and international mass media about the reason for Ronaldo’s frequent trips to Morocco. In a video published on Moroccan web TV Chouf TV, he explained that Ronaldo has been planning for the project and managing his investments in Marrakech necessitates frequent visits.

“After a thorough investigation, as an expert and a manager of several national and international celebrities, I concluded that Ronaldo comes to Morocco neither to visit Badr Hari nor any other prominent celebrity — He comes for the sake of his investments in the kingdom,” Benkirane said.

Benkirane said that the 31-year-old footballer is planning to build a first-class African hotel complex in Marrakech for international celebrities, adding that the complex will include a store for Ronaldo’s brand CR7, which will be his first fashion outlet in Africa.

In the midst of the latest controversy about Ronald’s alleged relationship with Moroccan model Amal Saber, Benkirane claimed that after looking into the allegations, he believes that Saber ”lied” and that she was deluding herself when she told the Spanish magazine Interviu that she had a relationship with the Real Madrid player.

In an interview with the Spanish magazine, the 26-year-old model said that she had enjoyed some “special nights” with Ronaldo while he was dating Russian model Irina Shayk, adding that the first time she met him was in late 2014 at an upscale Madrid club-restaurant.

The three-time Ballon d’Or winner has recently expressed his aspiration to be an actor in Hollywood after his retirement from football.