Taroudant - The World Series of Boxing (WSB) match between the British Lionhearts and Morocco Atlas Lions scheduled for March 17 was cancelled after members of the Moroccan team were denied visas to enter Great Britain. 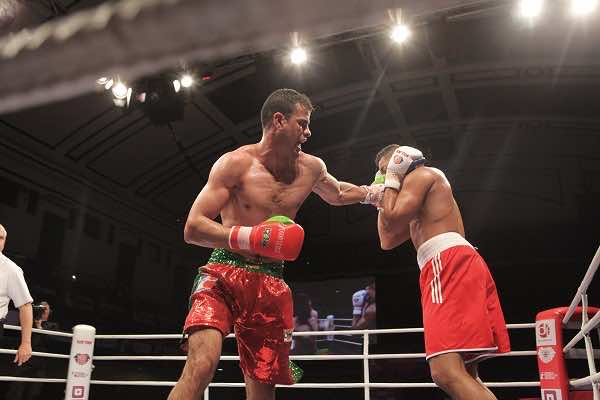 Taroudant – The World Series of Boxing (WSB) match between the British Lionhearts and Morocco Atlas Lions scheduled for March 17 was cancelled after members of the Moroccan team were denied visas to enter Great Britain.

According to AFP, the UK consulate didn’t give any official reason to deny the visas for the Moroccan team.

The Home Office said in a statement that “all UK visa applications are considered on their individual merits and in line with UK immigration rules and guidance.”

The British Lionhearts issued a statement expressing their disappointment and extending their apology to their fans.

“We are very disappointed to announce that the World Series of Boxing match between the British Lionhearts and the Morocco Atlas Lions this Thursday will not go ahead as the Moroccan team has not been issued with visas to enter the UK following an assessment of their application by the Home Office,” the Lionhearts said in a statement.

The Lionhearts added that all ticket purchasers for the match will be eligible for a refund.

It is not yet clear whether the match between the British Lionhearts and the Morocco Atlas Lions will be rescheduled for another date or will be forfeited after the Moroccan team was not able to attend.

“We will communicate very quickly on whether the match will be rearranged or forfeited,” said an official from the International Boxing Federation which oversees the WSB.