Rabat - Recordings of phone conversations released by Medi TV on Sunday appear to show a relationship between the Algerian army and the terrorist group that carried out the In Amenas hostage crisis in 2013. 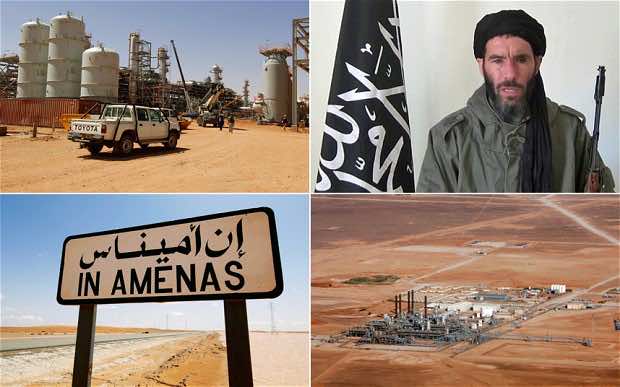 Rabat – Recordings of phone conversations released by Medi TV on Sunday appear to show a relationship between the Algerian army and the terrorist group that carried out the In Amenas hostage crisis in 2013.

The conversation occurred on January 17th, 2013 during the In Amenas hostage crisis, in which Belmokhtar and his brigade attacked the Tigantourine gas facility in eastern Algeria and took more than 800 Algerian and foreign workers hostage. By the time Algerian security forces ended the crisis, at least 38 workers were killed.

Belmokhtar tells one of his accomplice hostage-takers to show restraint in killing foreign hostages during the first recording, Hespress reported.

The next phone conversation, which occurred five hours after the first, includes the voice of another member of the Masked Brigade reporting that Algerian forces had “betrayed” them by bombing the group from a helicopter even though the army had confirmed that its forces had left the area.

Another recording revealed a conversation between a regional Algerian army commander and a general discussing arrangements for the In Amenas incident, the newspaper reported.

A fourth phone conversation between two high-level Algerian officials – a colonel and a general – points to the existence of “understandings” between the Algerian army and the terrorist organization.