Rabat - As part of an effort to preserve bedouin culture in the Sahara Desert, the United Arab Emirates’ Camel Federation Committee (CFC) has opened a new camel race track in the Southwestern region of the world’s hottest desert. 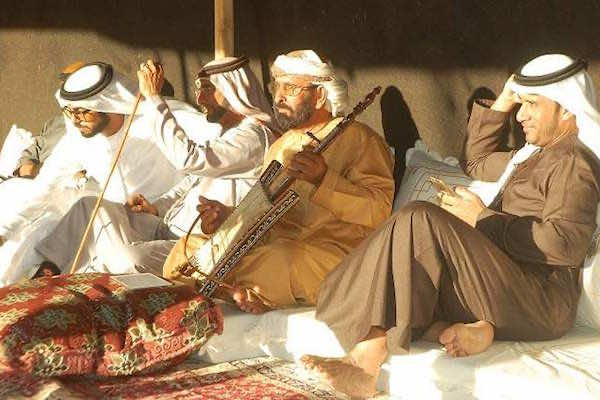 Rabat – As part of an effort to preserve bedouin culture in the Sahara Desert, the United Arab Emirates’ Camel Federation Committee (CFC) has opened a new camel race track in the Southwestern region of the world’s hottest desert.

The track’s inauguration took place during the Tan-Tan Moussem festival in Morocco, where the UAE participated as guest of honor this year after two years of contribution by the Abu Dhabi branch of the Cultural Programmes and Heritage Festivals Committee.

On Sunday, Shaikh Sultan bin Hamdan Al Nahyan, the president of the CFC and a governmental advisor, inaugurated the six-kilometer “U”-shaped  track during a ceremony on Sunday. The track is lined with lanes for the camels and media cars to record the animals from start to finish, according to a report by the Khaleej Times.

In addition, the Emirati committee will help camel owners in Tan-Tan built veterinary centers for their animals and develop a camel racing culture, which will culminate in professional races during the city’s popular yearly festival. The initiatives are expected to generate revenue for the locals.

“We are going to give them camel embryos, so by this time next year they will have pedigree racing camels,” said Khalifa Al Nuaimi, chief executive officer of the Advanced Scientific Group of the CFC. “”We are also planning to bring camel racers from here to Abu Dhabi, teach them how to care for camels and how to handle them in racing.”

The first ten races on the track, which took place on the same day as the ceremony, saw 200 camels, owned by Moroccan bedouins from the region, race to break in the new facilities. Four of the races, which were differentiated by the competing animals’ ages and genders, offered cash awards of MAD 25,000 for each first place winner.

Local authorities relaunched Tan-Tan’s bedouin festival in 2004, but historical evidence says the tradition started during the days of nomadic life in the Sahara, when tribes gathered for a week at the end of every May to continue their oral tradition and exchange news.

Security issues in the region prompted the kingdom to ban the festival between 1979 and 2004, but this year it celebrates the 12th year of its revival.