Rabat - Bern, Switzerland became the site of a new development in Islam, as a woman led Friday’s “Jumma” prayer on the May 27. 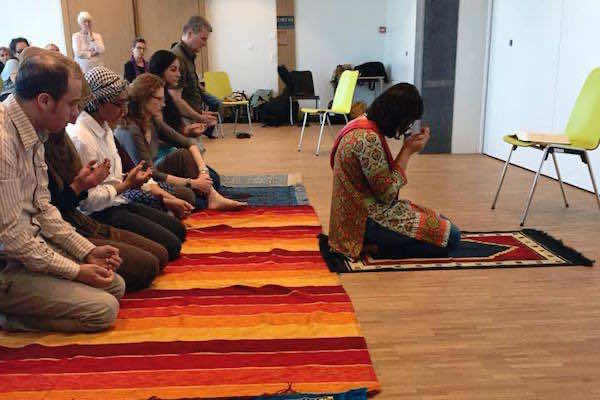 Rabat – Bern, Switzerland became the site of a new development in Islam, as a woman led Friday’s “Jumma” prayer on the May 27.

Not only did she defy the gender-norm of male-led prayers, she also chose not to wear a hijab, exposing her hair. The group which facilitated this prayer, the Inclusive Mosque Initiative (IMI), is very much aware of the boundaries which it seeks to cross. Among its goals is to “create an inclusive sacred space that welcomes all people,” as stated on its website’s Vision (Inclusive Mosque Initiative).

IMI launched in 2015 in the United Kingdom as an effort to bring Muslims of all backgrounds, including women and LGBTQ community members, together for egalitarian prayer. Their intent is to avoid judgement based on identity, and allow all Muslims to pray without discrimination.

Tamsila Tauqir, the United Kingdom coordinator for IMI, was quoted by the BBC as saying: “We want to offer Muslims an alternative space in which they can pray and meet. We will not discriminate against anyone, they can be Sunni or Shia, straight or gay, people with families and people without.”

This inclusive Jumma has mixed responses to its efforts to include all Muslims regardless of gender or lifestyle, including criticisms that certain IMI efforts run contrary to Islam. All leading sects of Islam currently separate male and female worshippers during prayer, which prompts many Muslims to reject the new efforts by IMI to mix genders. An imam affiliated with London’s The Hittin Institute, an Islamic think tank, voiced concerns with this new Islamic practice.

IMI’s website maintains that they are not seeking to impose their own interpretation of Islam on others. Their website also states that “We don’t force anyone to change how they pray. We recently started an event with salah led by a very knowledgeable woman. One attendee did not want to pray behind a woman; so he chose to pray separately and then we continued to have an inspiring discussion.”

Likewise, they state that sexuality is “…a private matter between the individual and Allah.” Rather than enforcing progressive viewpoints, IMI regards itself as a space for congregating Muslims from varying backgrounds and with varying opinions, and seeks to accommodate them all.

This form of feminist Islam has allies in a variety of nations, including Australia, Canada, India, Malaysia, South Africa, Sweden, and the United States. However, significant traditionalist opposition remains in many nations throughout the world, and the movement has yet to progress into mainstream Islamic discourse.