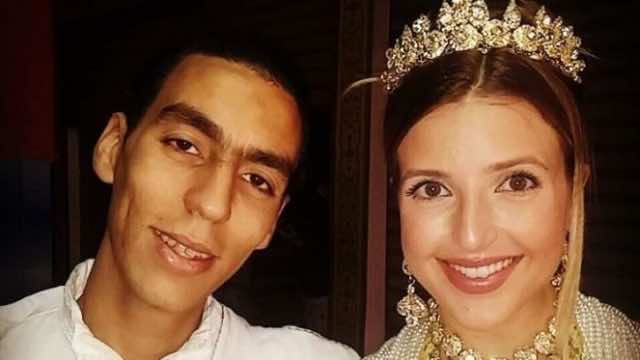 Rabat – American singer, Jennifer Grout, sent a clear message to her fans who began to interfere in her private life with her Moroccan husband.

People were surprised when they saw her pictures with her husband. The comment section was divided into those who congratulated her and wished her all the best, and those who criticized her husband’s physical appearance.

Some said that he wasn’t fit for her since she looks like a typical western girl and that she deserves better, some people even dared to call her blind for picking a regular-looking Moroccan man, tanned skin, black hair and sharp features, as her husband while she could’ve picked someone that they think he might live up to her standards.

‘If only people could see souls instead of faces, what would they see?’ If you could look into a mirror and see your soul, what would it look like? Remember we all grow old, we all die, and Allah (SAWT) is not fooled by makeup or fancy clothes…” she captioned her post.

Jennifer Grout made it clear in her video message made in Darija that she learned when she moved to Marrakech that what’s on the outside doesn’t last forever, God sees the soul and not the body. She also asked her “Muslim brothers and sisters,” Moroccans, to get over the idea of that the physical aspect is all that matters.

Jennifer Grout, who speak fluent Arabic, as well as Amazigh, took the stage by storm at Arab’s Got Talent in 2013 when she played the oud and sang old and classic Arabic songs, such as Umm Kulthoum.

The American singer announced her conversion to Islam in a video she posted on YouTube in January 2014.