Casablanca - Abdelilah Benkirane, Morocco’s Head of Government revealed that King Mohammed VI warned the Minister of Interior from fraud during the upcoming elections in the kingdom.

Casablanca – Abdelilah Benkirane, Morocco’s Head of Government revealed that King Mohammed VI warned the Minister of Interior from fraud during the upcoming elections in the kingdom.

In an interview with the Arabic-speaking newspaper Akhbar Alyoum, Morocco’s Head of Government said that he does not have any concerns or fears of fraud in the upcoming elections, as King Mohammed VI guarantees their fairness.

“I believe that these elections will be fair, and King Mohammed VI gave us his official and public guarantees […] the King is personally supervising this. If we begin to doubt this, it would be unjustified,” Benkirane told Akhbar Alyoum.

Benkirane also revealed that the King had warned Morocco’s Interior Minister, Mohamed Hassad, that he would be closely following the process of elections:

“I probably shouldn’t be saying this, but the Minister of Interior disclosed to us that the King had told him ‘I will not let go of you!’” meaning that he would be personally supervising the results”.

This comes a few weeks after Mustapha Ramid, Morocco’s Minister of Justice and Liberties, denounced in a post on his official Facebook page, his exclusion from the preparations for the elections.

“During the previous communal elections, the Minister of Justice and Liberties collaborated with the Minister of Interior in all election-related issues. Just three weeks from the elections of October 7th, one must wonder what has happened?” 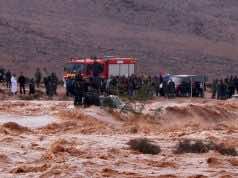