Rabat - King Mohammed VI swore in Lalla Joumala Alaoui - the first woman to serve as Moroccan ambassador to the United States – to her new diplomatic position on Thursday at the Royal Palace in Casablanca. 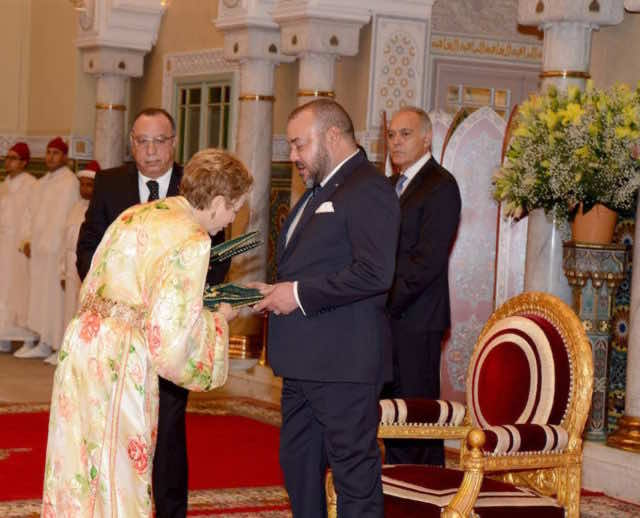 Rabat – King Mohammed VI swore in Lalla Joumala Alaoui – the first woman to serve as Moroccan ambassador to the United States – to her new diplomatic position on Thursday at the Royal Palace in Casablanca.

The King had appointed Alaoui to the position in February to replace Rachad Bouhlal, the ambassador in charge of Morocco’s correspondence with the superpower since December 2011.

The United States has stated its support for Morocco’s autonomy plan for the Western Sahara several times since it was introduced in 2007. The plan would give the Saharawi people full autonomy on regional issues, while keeping the “Southern Provinces” under the Moroccan flag.

Still, the U.S.’ diplomatic support of Moroccan interests in the United Nations has been lukewarm over the past year. Lalla Joumala will work towards strengthening the dwindling ties and bring new foreign direct investment opportunities to Morocco.

Alaoui previously served the North African country as ambassador to the United Kingdom and Northern Ireland. She had held the position since 2009 before the swearing in ceremony.

Abdesslam Aboudrar will replace Alaoui as chief diplomat to the U.K.

Pursuant to royal tradition, Lalla Joumala studied at The Royal College with her siblings and cousins. Her mother, the late Lalla Fatima Zohra, was the half sister of King Hassan II, which makes Lalla Joumala and the current monarch cousins as well.

Later, she studied at the University of London, completing a Bachelor of Arts degree at the School of African and Oriental Studies.

Alaoui formed the Moroccan-Britain Society in 2003 to allow cultural understanding between the peoples of the two kingdoms mentioned in the organization’s name. Through the MBS, she played a key role in establishing the King Mohammed VI Fellowship in Moroccan and Mediterranean Studies in partnership with Oxford University.

Six years after the start of the MBS, following her appointment as ambassador to the United Kingdom, she said on the embassy’s website that she would “endeavor to enhance our bilateral cooperation in all possible fields and give a fresh impetus to the development of a fruitful and mutually advantageous partnership between our two countries, as instructed by His Majesty the King.” 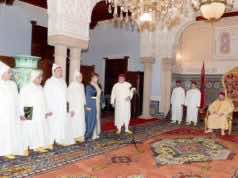