Rabat - A driver who ran a red light in front of King Mohammed VI in the city of Casablanca may now face jail time for driving while intoxicated. 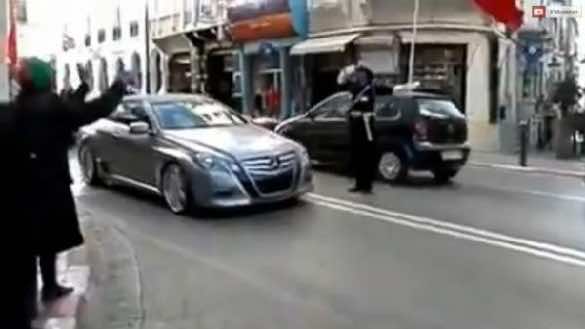 Rabat – A driver who ran a red light in front of King Mohammed VI in the city of Casablanca may now face jail time for driving while intoxicated.

The driver not only violated the Highway Code by running a red light, but he committed the offense while drunk and in front of King Mohammed VI’s car as the monarch waited for the light to turn green, as reported by Arabic-language newspaper, Assabah, on October 14.

The incident took place early in the morning on Wednesday at the intersection of Boulevards Ibn Sina and Abderrahman in the Hay Hassani District, in Casablanca. The Moroccan monarch, who was driving himself had stopped his car when the traffic light turned red. As the King waited for the light to turn green, a driver in a large four-by-four ran the red light at high speed.

Nearby traffic officers attempted to pull the driver over as he approached them, but he changed direction suddenly in order to evade them.

The police immediately mobilized their forces and launched an alert to apprehend the car and driver.  The driver was finally intercepted by two police motorcyclists six hundred meters away from the place of the offense.

The driver apparently made light of the offense, according to Assabah, apparently assuming that he could pay the fine for running the red light and leave. However, the police officers arrested him and impounded his car when they discovered that he had been driving under the influence of alcohol.

The General Prosecutor ordered that the man be taken into custody, and the offender may face jail time for driving while intoxicated.

The Moroccan Highway Code imposes prison terms ranging from six months to one year, and a fine between MAD 5,000 and 10,000, or both, for those convicted of driving under the influence of alcohol.