Morocco World News
Home News Morocco Benkirane: I Was Expecting to Lose the Elections Due to Pensions Reform

Rabat - Abdelilah Benkirane, the recently appointed head of government and Secretary General of the Justice and Development Party (PJD) said on Saturday that he was expecting to lose the legislative elections, held October 7, due to the previous government’s decision to reform the pension system. 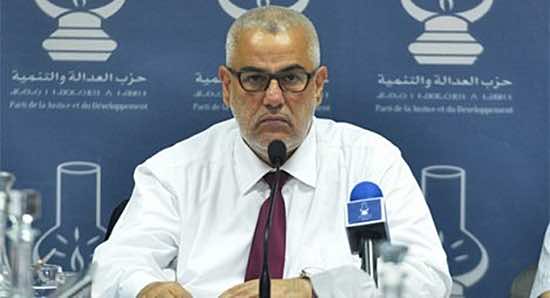 Rabat – Abdelilah Benkirane, the recently appointed head of government and Secretary General of the Justice and Development Party (PJD) said on Saturday that he was expecting to lose the legislative elections, held October 7, due to the previous government’s decision to reform the pension system.

During his speech in the opening session of the PJD’s National Council in Salé, near Rabat, Benkirane said, “Due to the reform of pension fund, I was expecting to lose the elections and leave the government.”

Benkirane said, “Moroccans did not vote for the PJD because of the reform of pension fund.”

“Moroccans are serious and the PJD is a political party that seeks to defend the interests of the country,” Benkirane added.

Over the course of this year, the issue of pension system reform has caused uproar among Moroccans. Scores of demonstrators have regularly gathered outside the parliament building in Rabat protesting the reform.

In 2013, Benkirane said, “Morocco’s pension systems are at stake. No one wants to reach a situation like in Greece…Of course we will negotiate with unions, but raising the retirement age is an obligation to avoid collapse disaster.”