Rabat - The Popular Movement will not join the government coalition in order to guarantee Head of Government Abdelilah Bekirane majority control over the legislature, according to Mohaned Lanser, the party’s Secretary-General. 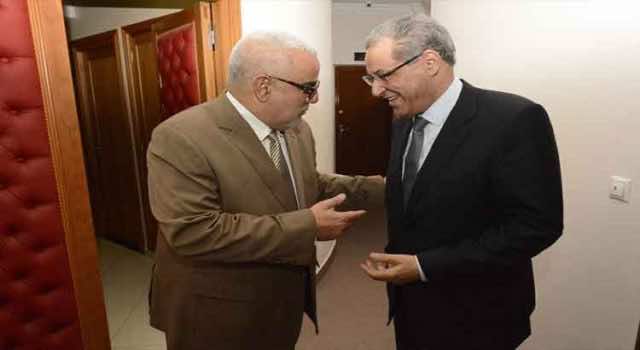 Rabat – The Popular Movement will not join the government coalition in order to guarantee Head of Government Abdelilah Bekirane majority control over the legislature, according to Mohaned Lanser, the party’s Secretary-General.

The MP, widely represented by a symbol depicting a spike of wheat, has not received an invitation by Benkirane to renegotiate the terms of a potential alliance, Lanser said, adding that his party would need to hold positions of real power to truly consider participating in the government alliance for the next five years.

Just a week after the election, the MP had agreed to be a part of Benkirane’s alliance, however, since then, negotiations regarding the role of Lanser’s party in the government have jeopardized the future of the partnership.

Lanser’s party lost five seats during the October 7th elections, bringing its representation in the parliament down from 32 seats to 27 seats.

Benkirane’s ruling Justice and Development Party and the opposition Authenticity and Modernity Party saw massive political gains in the country’s second legislative elections after the adoption of the 2011 post-Arab Spring constitution. The Islamist PJD increased its seat count by 18, while PAM’s representation more than doubled with a 55-seat gain.

Morocco’s small and medium-sized parties lost representation as a new bipolarity – Islamists vs. secularists – emerged in the parliament. The Socialist Union of Popular Forces (USFP) lost 19 of its 39 seats, while the National Rally of Independents (RNI) saw a 15-seat drop in power.

It has been six weeks since the national elections took place. There is no official timeline for when the government formation process will end and new ministers will be sworn into their positions.