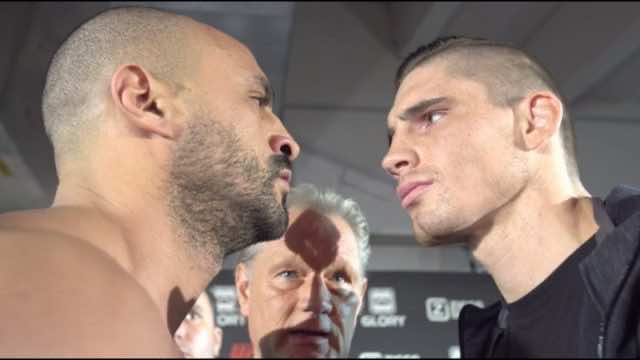 He suffered what was clearly a serious injury to his right arm in the second round, with visibly broken and or misaligned bone. Badr was subsequently disqualified, due to lack of ability to continue, as his arm could not be merely realigned for the ring.

Rico Verhoeven gladly accepted victory by default, but candidly admitted the circumstances of his win were not ideal. He further went on to praise Badr Hari for his contribution to the sport of kickboxing, in acknowledgment of his opponent’s expected retirement after the championship event.

Although accepting defeat, Badr did not do so quietly or without fighting words. In his post-match interview, Badr declared the fight wasn’t over and that he would be back next year to face off with Rico once again. Expressing emphasis, Badr also promised he would be back to knock Rico Verhoeven out with a win to claim his title back.

The verdict is still out as to what type of injury Badr endured in last night’s fight and what his prognosis will be for recovery and training in next year’s heavyweight championship face off. Will Badr reclaim his victory next year, or will it be won from him yet again? Morocco will have to wait and see.