New York - Tension between Morocco and Mauritania has reached unprecedented levels. Although the relations between the two countries have been strained since the Mauritanian President Mohamed Ould Abdel Aziz came to power in 2008, the two countries maintained the status quo without further deterioration. 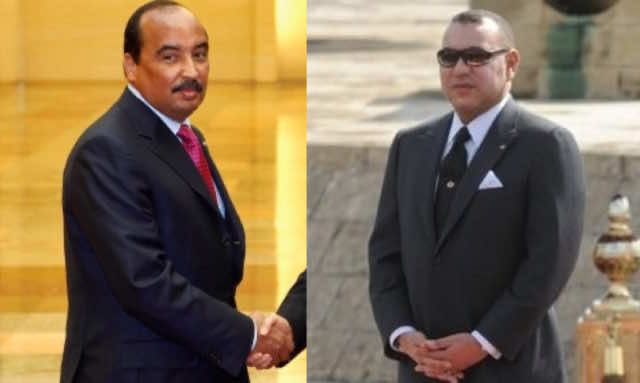 New York – Tension between Morocco and Mauritania has reached unprecedented levels. Although the relations between the two countries have been strained since the Mauritanian President Mohamed Ould Abdel Aziz came to power in 2008, the two countries maintained the status quo without further deterioration.

However, a turning point was reached in December 2015 when Mauritanian authorities raised the Mauritanian flag on the city of Lagouira, which Morocco considers as part of its sovereignty.

The situation grew more strained when Morocco sent members of the gendarmerie to Guerguerat, located a few kilometers from Mauritania’s borders. After the Polisario sent its troops to the area and placed them just 200 meters away from the Moroccan forces, Mauritania did not take any measures to ease tension. For many observers, it seems Mauritania seeks to impose a fait accompli and make the area of Guerguerat and Lagouira under the control of Polisario.

An analysis of Morocco-Mauritanian relations over the past six years shows that the Mauritanian president has adopted a political doctrine that does not consider Morocco a strategic ally. It seems, rather, that Mohamed Ould Abdel Aziz regards Morocco as a threat to Mauritania and its stability. An argument that supports this hypothesis is that while Senegal is Morocco’s traditional ally and supports its territorial integrity, its relations with Mauritania are strained. Therefore, Mauritania negatively views the alliance between Dakar and Rabat, and sees the establishment of a state in the Moroccan Sahara as a means to avoid being surrounded by Morocco and Senegal.

A clear sign about the strained relations between the two countries over the past six years is that Mauritania has not appointed a new ambassador in Rabat for more than five years and has reduced the level of diplomatic representation in Rabat to its lowest level. Perhaps among the factors that have presumably pushed the Mauritanian president to turn his back on Morocco and foster the Algerian agenda is that Morocco hosts Mauritanian billionaire Mohamed Ould Bouamatou, who settled in Marrakech since 2010. Bouamatou is accused by Mauritanian authorities of trying to destabilize the country and distort its image at home and abroad.

After being one of the closest figures to Ould Abdel Aziz and contributing to his election in 2009, Ould Bouamatou turned into one of his most ardent opponents. What might have further angered the Mauritanian president is Bouamatou’s participation in the Crans Montana Forum last March in the city of Dakhla. In addition, Bouamatou hosted a meeting with the participation of various figures of opposition at his palace in Marrakech last May, including Ely Ould Mohamed Fall, who is regarded as one of the biggest opponents of the Mauritanian president and one of the candidates for the presidential elections scheduled for 2019.

Moreover, Ouel Abdel Aziz’s measures against Morocco suggest that he gives the relations between the two countries a personal character notwithstanding the strategic interests of Mauritania with Morocco and the connection between his country’s stability, that of Morocco and the region. Oueld Abdel Aziz’s refusal to meet the Moroccan delegation sent by King Mohammed VI to Nouakchott ahead of the African Union summit last July came in reaction to King Mohammed VI’s inability to hold a meeting with him on the sidelines of the India-Africa Summit, held in New Delhi in October 2015. It also likely came in response to the king’s inability to receive the Mauritanian foreign minister prior to the Arab League Summit held in Nouakchott last July.

It also appears that the Mauritanian president negatively views that King Mohammed VI did not include Mauritania in his numerous visits to various sub-Saharan African countries in recent years. This “snub” might have sent Nouakchott the message that Rabat does not regard it as an important ally in the new foreign policy initiated by the king.

While observers have been making sense of the diplomatic tension between Morocco and Mauritania, the secretary general of the independence party, Hamid Chabat, made a statement saying that Mauritania is “part of Morocco’s historical borders.” The statement caused uproar in Mauritania, culminating in a fiery statement from the general secretariat of the ruling party.

Chabat’s statement is dangerous because it not only fuels tension between the two countries, but also portrays Morocco as a state that does not respect the sovereignty of neighboring countries and does not abide by the United Nations Charter, which prioritizes the respect of countries’ sovereignty and their independence. Thus, it was necessary for the Ministry of Foreign Affairs to react and clarify Morocco’s official position.

The deterioration of the relation between Morocco and Mauritania requires insightful handling that leaves no room to improvisation. Diplomacy is not a field driven by uncalculated reactions, but by pragmatism and wisdom. It is true that the Mauritanian leadership has taken steps that inched it closer to Algeria. However, one must not forget the historical ties between the two countries and the brotherly relations between their two peoples.

Morocco must avoid taking steps that may potentially further escalate the situation and push Mauritania’s leadership to take measures that serve Algeria and the Polisario. The first beneficiary of this lack of communication between Rabat and Nouakchott is Algiers, which will do everything in its power to isolate Morocco and thwart its effort to return to its African family. Therefore, the statement of the ministry of interior clarifying Morocco’s foreign policy toward Mauritania was a step in the right direction.

Besides, the king’s decision to send Morocco’s head of government to Nouakchott and his phone call with the Mauritanian president will help defuse the tension between the two countries and, hopefully, bring relations back to normal. After Benkirane’s visit to Mauritania and the letter he conveyed from King Mohammed VI to the Mauritanian president, Morocco’s foreign ministry should coordinate with its Mauritanian counterpart to reopen communication channels between the two countries.

Preparing for a summit meeting between the leaders of the two countries, an official visit of King Mohammed VI to Mauritania, or a visit of the Mauritanian president to Morocco would definitely ease tension between the two countries. This may help them to rebuild trust and reassure the Mauritanian leadership that Morocco has no interest in destabilizing Mauritania and that its stability lies at the heart of Moroccan foreign policy, based on the preservation stability in the region and the noninterference in the internal affairs of neighboring countries. 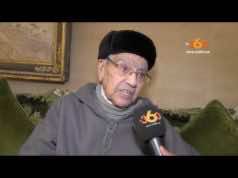