Casablanca - A Moroccan young girl who survived the deadly shootings at the Reina nightclub in Istanbul New Year’s Eve, has come forward with claims that the survivors received bad treatment while at the Turkish police station. 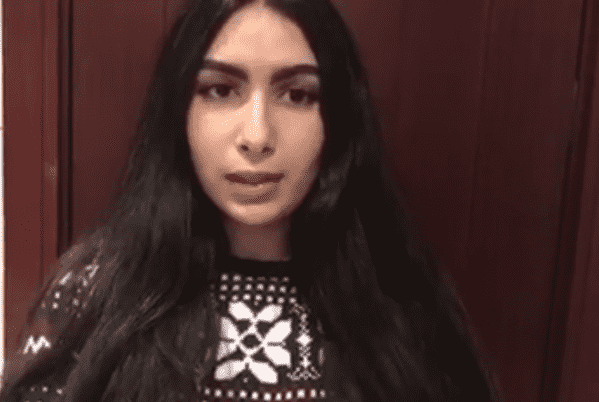 Casablanca – A Moroccan young girl who survived the deadly shootings at the Reina nightclub in Istanbul New Year’s Eve, has come forward with claims that the survivors received bad treatment while at the Turkish police station.

Sofia Nasslahsen, a Moroccan woman who survived the deadly shooting in Istanbul, Turkey, posted a video on her Facebook account (which was removed as of this morning) where she gave a chillingly comprehensive description of the mass shooting that claimed the lives of 39 people and wounded many, including 3 other Moroccans.

Luckily for Sofia, she was not inside the nightclub where many people fell dead, but sat with her cousin and friend on the terrace. Sofia and her friend were left uninjured while her cousin was hit by two bullets, “one in the ankle and another in the knee.”

After her terrifying account of the terrorist attack, Sofia revealed that it took police 90 minutes before arriving on the scene. Perplexingly, their presence proved to be of little help. “The problem is that the police stayed outside. They couldn’t control the situation because they were afraid that they [shooters] might have bombs.”

The shooter later managed to escape, after which the police finally entered the nightclub and led the survivors up to the roof. She added that even at this point they could still hear shooting for another ten minutes.

Police later took the survivors to the police station where they remained for the next 10 hours.

“They mistreated us, they were really inhumane. People were having panic attacks…  there were women who were vomiting, while they [Turkish police members] were extremely cold. They did not even bring us water.”

Sofia recounted that at a specific moment, the survivors burst out in anger as a reaction to the police’s mistreatment and requested interpreters because there was no-one to help them understand what was happening around them.

“They were extremely scornful, as if they were the masters of the world or we were worth nothing,” Sofia recounted indignantly.

Five hours into their long stay at the police station, Turkish police finally brought “two Syrian interpreters for one hundred people.” Sofia concluded her video account, declaring that her escape from death was “a real miracle.”