Casablanca - The Tel Aviv military court in Israel has convicted an Israeli soldier of manslaughter after he shot a wounded Palestinian man in the street in cold blood in May 2016. 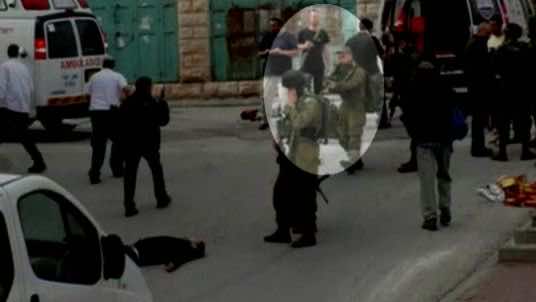 Casablanca – The Tel Aviv military court in Israel has convicted an Israeli soldier of manslaughter after he shot a wounded Palestinian man in the street in cold blood in May 2016.

The case of the Hebron incident began in June of last year when Elon Azaria, a sergeant in the Israeli Army, shot an injured 21-year-old Palestinian in the head.

Sergeant Elon Azaria arrived at the scene 12 minutes after another soldier wounded the Palestinian Abdel Fateh al-Sharif. Azaria did not hesitate to shoot him in the head, although he was lying on the ground, immobilized.

International mass media presented the victim last year as an “assailant” attempting to stab Israeli settlers. However, a video posted on The Independent showed an Israeli settler kicking a knife toward the body of the victim after he was shot dead.

The trial took over six months and revolved around the mental state of the Israeli terrorist and the extent to which he was acting either out of self-defense or revenge, reports The Independent.

According to the same source, the verdict dismissed the Israeli offender’s defense case and asserted that Azaria was aware of lethal consequence of shooting the Palestinian, who clearly “did not pose a threat.”

Despite the many recorded incidents of killings of unarmed Palestinians by Israeli soldiers, Sergeant Elon Azaria is the first soldier to receive a conviction in the last 12 years. The Human Rights Watch reports that 150 Palestinians have been shot in similar incidents in the last year.

Still, many Israelis protested outside the court in support of the Israeli offender. Senior Israeli officials, such as Israeli Justice Minister Ayalet Shaked and Education Minister Naftali Bennett, also called on the court to pardonthe assailant.

Under Israeli law, manslaughter can lead to a maximum sentence of 20 years.