Rabat - Mohammed Aloui, founder of Quanticapps, has developed a new application that will make it easier for Muslims to perform their daily rituals. 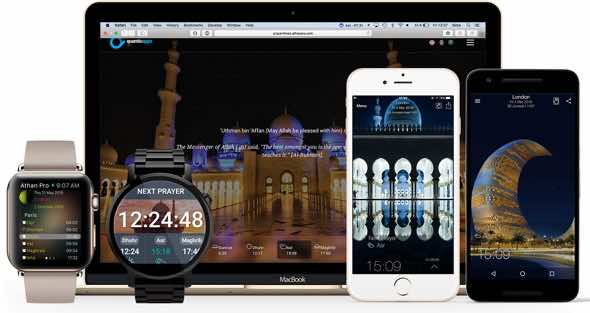 Rabat – Mohammed Aloui, founder of Quanticapps, has developed a new application that will make it easier for Muslims to perform their daily rituals.

Athan Pro and Quran Pro, developed by Quanticapps, are comprehensive and user-friendly Islamic apps available in the App Store and Google Play Store.

A simple interface showing the edifices of famous mosques is the first thing that greets users of Athan Pro. The design of the app and its user-friendly handling are among the features that continue to draw more users seeking electronic applications to remind them of prayer times.

The application is not limited to calls for prayer but has a multitude of useful functionalities and features. The user can activate the Athan of some or all prayers and select the voice of the Muezzin (those who call for prayer). The user can choose whether to be notified before the prayer and find the Kiblah (the direction of the prayer).

In addition to daily downloadable photos of famous mosques, the app provides a monthly calendar with prayer times for each day. It also contains an electronic rosary, a range of Adhkars (Islamic verbal prayers), as well as Allah’s 99 names in Arabic and English.

The application also offers its users the locations of the mosques around them and how far they are, in addition to a tab to search for Halal food in non-Muslim countries. A yearly calendar is included in the app, highlighting the dates of Islamic holidays aside from a large array of other features.

Quick responsiveness and user-friendliness in Quran Pro have made it a popular application for download. Users can choose from a selection of 50 well-known Quran reciters and proceed with the recitation of each verse with French, English or Urdu translations. 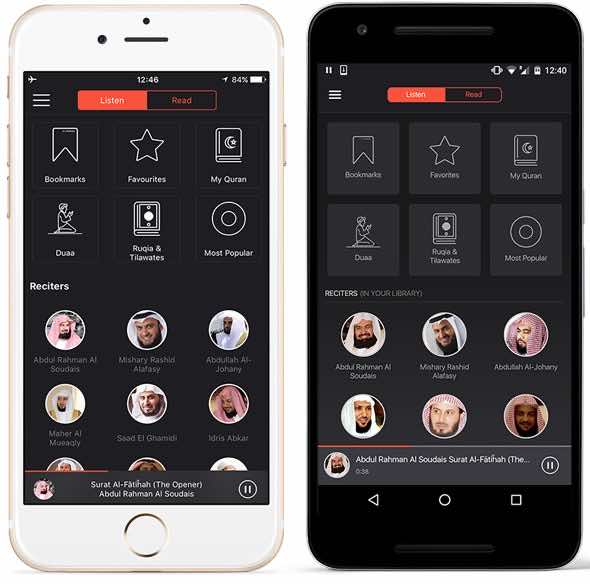 Other features allow users to read the recited verse in Arabic, or read interpretations. They are also able to download chapters or the entire recited Quran to listen to when they are offline.

Both applications run on Android and Apple phones as well as tablets and computers and are available on App Store and Google Play Store. 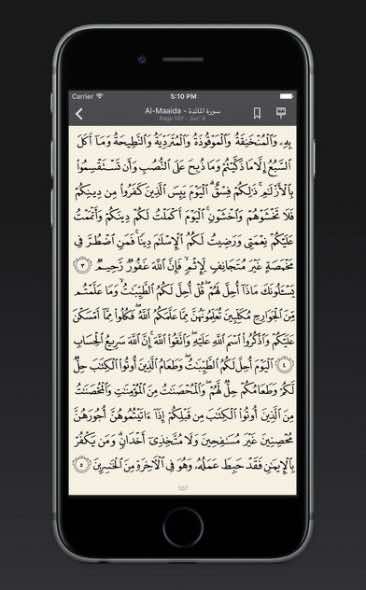