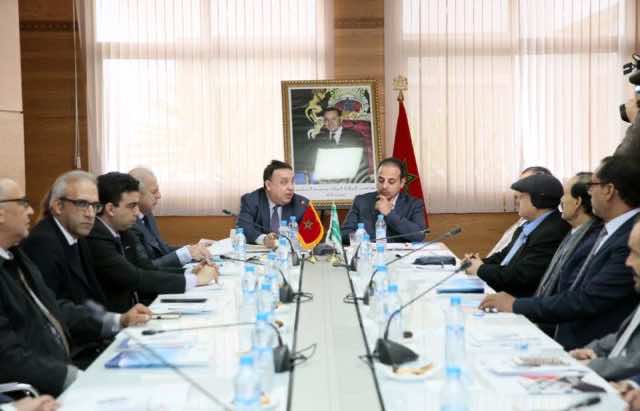 The statement was made during a preparatory meeting of the council held on Sunday in Casablanca.

The Visit of Saudi Arabian businessmen will continue until February 25.

Al-Hamadi stressed that the delegation will have a series of meetings with the Saudi Moroccan businessmen and economic figures  to discuss aspects of economic cooperation, adding that Saudi Arabia’s Vision 2030 offers important investment facilities.

The visit will also reopen the discussion  on the proposed  maritime commercial line between the two kingdoms, noted Ahmadim, pointing out that this project will undoubtedly boost the volume of trade between the two countries.

Determined  to reinforce the commercial  relations between the two countries and to prospect new investment opportunities in many fields, the visit will take place in Rabat, Casablanca and Agadir.

B2B meetings with Moroccan businessmen and meetings with officials of the Moroccan Office of Intellectual and Commercial Property (OMPIC) and the Regional Investment Center of the General Confederation of Moroccan Companies (CGEM) will be held.

Members of the Saudi delegation will also have a meeting in Rabat with officials from the ministry in charge of the environment and meetings with officials of the Chamber of Commerce, Industry and Services of the capital Moroccan affairs in this city.

The Saudi delegation is also set to have a meeting with the president of Agadir region and hold B2B meetings with businessmen in the Chamber of Commerce, Industry and Services of the city.

This visit is one of the first activities of the Saudi Council abroad for the 2016-2019 session, as part of the recently adopted Council plan for a series of economic activities in Morocco Joint Saudi Arabia, in order to strengthen cooperation relations in the trade and investment sectors between the two kingdoms.