Rabat - NASA will hold a press conference on Wednesday, Feb. 22, to present "new findings on planets that orbit stars other than our sun, known as exoplanets," announced the space agency on Monday. 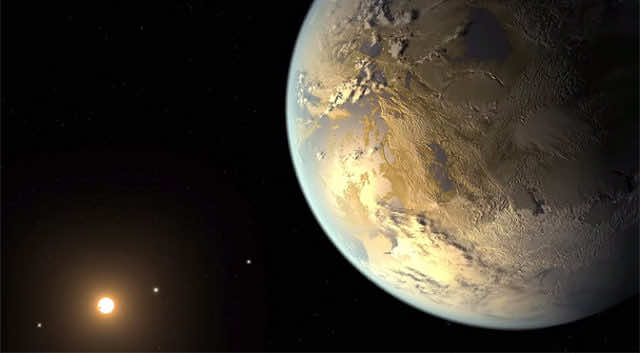 Rabat – NASA will hold a press conference on Wednesday, Feb. 22, to present “new findings on planets that orbit stars other than our sun, known as exoplanets,” announced the space agency on Monday.

The event, which will be aired live on NASA Television and the agency’s website, has already caught the attention of Media and scientists giving hope that NASA could find a planet able to hold life.

A few hours after the announcement, the Observatory of Oukaimeden (South of Morocco), affiliated with Cadi Ayad University, in Marrakech announced via its Facebook page that Morocco is “taking part in an important discovery in the field of exoplanets.”

“Rehearsing the excellent success of the MOSS Telescope, which as soon as it was installed in 2011, had discovered four new comets and four new geo-cruising asteroids,” wrote Zouhair Benkhaldoun, Director of the Observatory, on his Facebook page.

Benkhaldoun went on to add that with “more than a million measurements sent to the Minor Planet Center, of the International Astronomical Union, the Oukaïmeden Observatory ranks among the 10 best in the world in the discovery of small bodies Solar system. It was also ranked” 7th in 2016 and 37th of all time on more than 500 observatories.”

Further details have not been revealed yet to confirm if there is a match between these announcements.

The discovery will be announced in a press Conference on February 23 in the University’s Headquarters.

The only information revealed thus far, is that the Moroccan discovery “was carried out thanks to the TRAPPIST-Nord telescope installed a few months ago at the Oukaïmeden Observatory.”