Toronto - Even as Geert Wilders, leader of Dutch far-right political Party for Freedom(PVV), falters in the polls, Dutch-Moroccans still find themselves at the centre of an unwanted spotlight in the final run up to the March 15 election, according to the BBC. 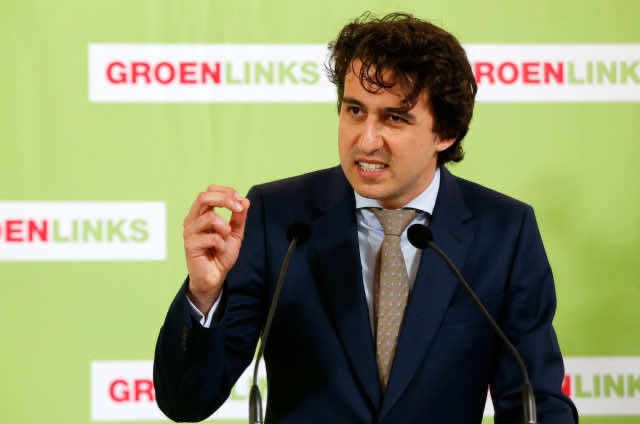 By
Constance Renton
-
Constance graduated from the Television and Radio Broadcasting Program at Canadore College in 1983.
Mar 9, 2017
Spread the love

Toronto – Even as Geert Wilders, leader of Dutch far-right political Party for Freedom(PVV), falters in the polls, Dutch-Moroccans still find themselves at the centre of an unwanted spotlight in the final run up to the March 15 election, according to the BBC.

Moroccans account for just 2 percent of the Dutch population. Even so PVV leader, Geert Wilders, has laid the blame for 100% of the country’s social ills squarely at their feet. Understandably, this has not sat well with the average Dutch-Moroccan.

Hafsa Mahaouri, for example, sees herself as the quintessentially modern Muslim woman. In recent years, however, she has found herself struggling to find her place in Dutch society. “The say Islam isn’t normal,” she explains, “It doesn’t belong in Dutch society and that being hijabi means that I am oppressed. It’s tiring because we are always in the spotlight and you have to defend yourself. Amsterdam is a big city, there are 180 nationalities here. They talk about a (Dutch) culture but when I look around I don’t see it.”

For Mahaouri, that spotlight was turned to its highest setting following the death of film-maker Theo van Gogh. She remembers painfully the occasion when her headscarf was ripped from her head. That is when the justification for her place in Dutch society began.

Rapper Rachid “Appa” el Ghazoui, recalls his reaction to the changing Dutch atmosphere taking a darker turn. He grew a beard and began to dabble in so-called “radical Islam.” In his words, he was “angry with how society treats us.” Recognizing the dead-end road he was walking on, he decided instead to channel his frustrations into music.

Now he spends his time helping other youth make the same positive choice. “The PVV is big in this country, they hate us, they hate Muslims. But a lot of Dutch people are scared too.” Appa blames this fear in part, to the behaviour of Dutch politicians, including the Prime Minister, Mark Rutte, who have openly suggested that anyone who doesn’t subscribe to what they call “Dutch values” should leave the country. These people, the rapper says, are exploiting un-founded fear for their own political gain.

There is one Dutch politician, however, who is bucking that trend and causing quite an election stir. 30-year-old Jesse Klaver, has emerged from the right-wing fallout to lead new voters to his Green Left party with a platform Barack Obama would admire.

When Geert Wilders and Mark Rutte abstained from participating in a key election debate, it was Klaver who emerged from the shadows with his message of inclusivity and tolerance. Born to a Moroccan father and a Dutch-Indonesian mother, Klaver embodies everything that the 21st century Dutch identity is; diverse, intelligent and charismatic.

Dubbed the “Dutch Trudeau” for his sunny approach to politics, he recently sold out a 6,000-seat hall. With Wilders’ momentum clearly faltering in the final days of campaigning, Dutch Moroccans can only hope that Klaver’s voice is heard above the right-wing din until the voting is over.