Rabat - Almost half of Moroccan men would like their wives to stay at home, says a study published by the International Labor Organization (ILO).

By
Chaima Lahsini
-
Chaima Lahsini is freelance journalist and activist with the Al-Fam collective in Rabat.
Mar 10, 2017
Spread the love

Rabat – Almost half of Moroccan men would like their wives to stay at home, says a study published by the International Labor Organization (ILO).

The ILO surveyed men and women in 2016 to understand their perceptions about women and work. In Morocco, the findings are not very reassuring: 22% of the questioned Moroccans men are in favor of women working outside their homes, against 45% who prefer to keep their wives at home.

The ILO report correlates women’s refusal to work and educational attainment: 49% of men who have not passed primary education are against women’s work, compared to 42% of those with secondary education. Age also plays a key role in perception, as 29% of Moroccans under the age of 29 are in favor of women working, compared to 24% of those in the thirties and beyond.

The study goes further and incorporates the opinions of women. According to the ILO, 78% of Moroccans men and women are for the work of women, while 21% are against, and 1% refrained from answering. For their part, 87% of Moroccan women agree to work outdoors provided their husbands agree.

In terms of recruitment opportunities, 39% of Moroccans think that educated and experienced women have every chance of finding a job, while 33% give them the same opportunities as men. Finally, 20% were pessimistic and 9% did not respond.

The results of this study, based on interviews with nearly 149,000 adults in 142 countries and territories, suggest that women might find support in their quest for productive employment and decent work coming from a rather unexpected source: men.

According to the report, gender equality is still far from being achieved, and the findings show real divides still exist in many regions of the world. But it also appears men and women are not always as far apart in their attitudes as conventional wisdom might lead them.

The findings of the ILO study show that women in North Africa are mostly similar to other women around the world, “the youngest women in the region are the most likely to prefer working only at paid jobs or being able to balance both, and those who are most highly educated would prefer to be working rather than staying at home.”

However, men in the region are not in alignment with women: men younger than the age of 45 – particularly in Egypt, Morocco and Libya are more likely than older men to say they would prefer women to stay at home. And the most highly educated men are most likely to say women should work at paid jobs. 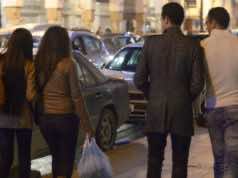 70% of Moroccan Men Believe Women’s Place is in the Kitchen: UN 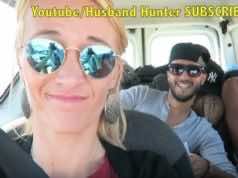 Video: Papi, I Want a Moroccan Husband This 2017 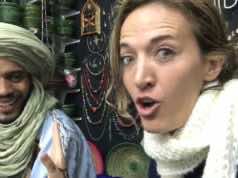 10 Things I Learned About Moroccan Men

Unemployed Women are More Exposed to Domestic Violence in Morocco

Moroccan Women in Ramadan: Multitasking at its best