Casablanca - Israel has welcomed journalists from Morocco and other North African countries in the framework of its new strategy to improve its image in the Arab World and the rest of the world. 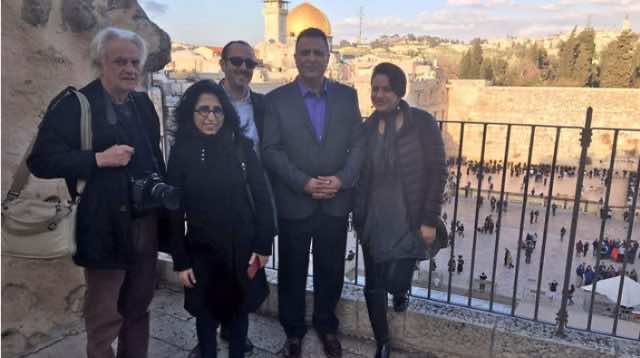 Casablanca – Israel has welcomed journalists from Morocco and other North African countries in the framework of its new strategy to improve its image in the Arab World and the rest of the world.

Israel extended an invitation to North African journalists as part of its marketing strategy that seeks to counter the destructive effect of The Boycott, Divestment, Sanctions (BDS) movement, which has campaigned in favor of isolating Israel economically, culturally, and academically.

The latest invitation is the sixth of its kind, with seven Moroccan journalists having made a similar tour in November 2016, but is the first  made by Algerian and Tunisian journalists.

Hassan Kaabiya, the Deputy Spokesman for Arab Media in Israel, welcomed North African journalists and bloggers from Algeria and Tunisia as a campaign to show Arabic-language media  “the real Israel”

Kaabiya and the Ministry of Foreign Affairs had planned to receive eight Arab Language media representatives, but two of them were refused travel to Israel by authorities.

As a part of their visit, the foreign ministry plans to introduce the delegation to Israeli journalists reporting on the Arab world.

According to an official Israeli Facebook Page, Israel Speaks Arabic, the journalists in this delegation said: “We came because this is a chance to get to know the real Israel, without the mediation of the media.”

It continued that the Israeli Ministry of Interior considers these visits important as the people invited “drew their knowledge of Israel from the politicized Arab media that publishes false information about Israel.”

After the success that this strategy has made in Morocco and Arab countries, Israel began organizing these visits more frequently and with shorter intervals.

American and other celebrities have recently become reluctant to accept these visits. Last February, Leonardo DiCaprio and 25 other Oscar stars turned down luxury trips to Israel.