Toronto - Nine months after voting to leave the European Union (EU), Britain has delivered its formal letter of intent to Brussells. 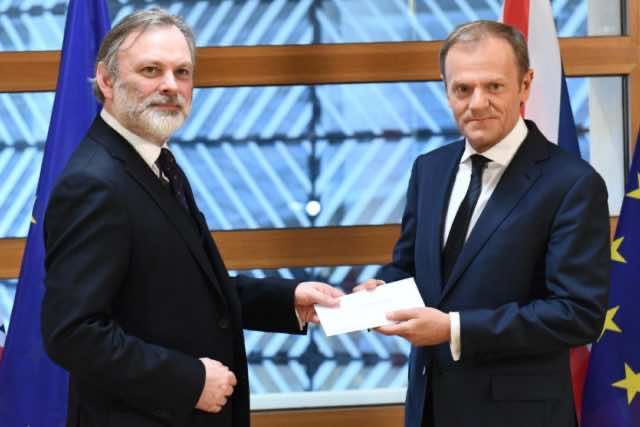 By
Constance Renton
-
Constance graduated from the Television and Radio Broadcasting Program at Canadore College in 1983.
Mar 29, 2017
Spread the love

Toronto – Nine months after voting to leave the European Union (EU), Britain has delivered its formal letter of intent to Brussells.

British ambassador to the EU, Tim Barrow, hand-delivered the letter to EU Council President, Donald Tusk, formally triggering Article 50. Thus begins 2 years of what is widely assumed will be intense and complicated negotiations that will have far-reaching affects in Britain and across Europe as a whole. 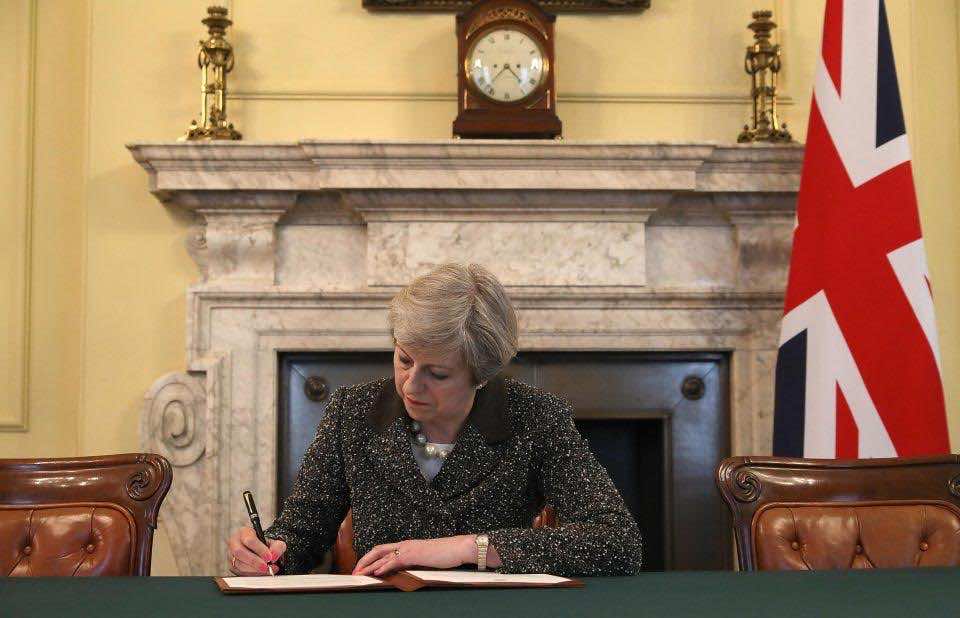 According to the BBC, Britain joined the EU in 1973 but decided to leave in a highly-charged referendum held last June. Though the Brexit camp won by the slimmest of margins, 52-48, the move has been fully embraced by the May government. In her address Wednesday morning to MPs, Prime Minister Theresa May spoke of the decision as an historic turning point for Britain and one from which “there is no turning back.”

Putting the best possible spin on the world’s most famous divorce, May spoke of a Britain making its own decisions and its own laws. She painted a rosy picture of a UK that will “take control of the things that matter most to us and we are going to take this opportunity to built a stronger, fairer Britain, a country that our children and grandchildren are proud to call home.”

Acknowledging the strong opposition still felt in the country for leaving the economic partnership Britain’s been an integral part of for 44 years, May spoke of the need to face the future united. “As we face the opportunities ahead of us on this momentous journey, our shared values, interests and ambitions can- and must- bring us together.”

There are still many questions being asked about precisely how the exit is going to work and what will happen next in the process. Millions of Britons wonder how the move will impact their daily lives. For the country’s countless European expats, living and working in Britain, the anxiety of an uncertain future rests heavily on the surface.

In attempt to allay some of these concerns, May will appear Wednesday on a BBC special titled “Britain after Brexit.” Hosted by Andrew Neil, the interview will outline the next steps involved in the process, the major points of negotiation and possible problem areas which might arise in the talks.

One thing is certain, the clock is officially ticking on what analysts agree will be the most complex and possibly most expensive divorce in history.