Rabat - Moroccan national television channel, 2M finds itself once again in the eye of a storm. 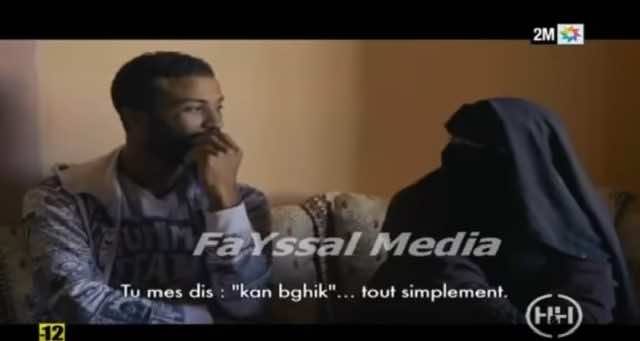 Rabat – Moroccan national television channel, 2M finds itself once again in the eye of a storm.

After sparking outrage over the past few months due to its controversial shows, 2M has caused a new storm of controversy among Moroccans following its broadcast of a documentary tackling marriage and “illegal” sexual relationships.

Aired every Sunday, the weekly documentary entitled “Histoires et des Hommes,” better known as “H&H,” has raised the issue of sexual relationships out of wedlock, as it is considered “taboo” within conservative Moroccan Islamic society.

Sex Out of Wedlock

In one of the documentary’s excerpts, a group of youths discuss the issue of sex and sharing the daily obstacles that they experience as couples in Moroccan society. “I can’t even hold the hands of my partner [in public],” a girl said in the documentary.

“Although if you want to go to a hotel, where you need to be [comfortable] in your room to do something that you like [make love] – you must have a legal document, showing that the couple is married, if you don’t – you will not make love,” she continued. “Or we try to find solutions – we go to put the tents up in the outdoors – where there is nobody can judge you.”

Appearing to agree with the ideas expressed, the youth continues discussing how “sex” can only take place within a marriage.

How Do You Flirt with Your Sweetheart?

In another excerpt, showing a bearded religious young man sitting next to his wife, who is seen wearing a burqa, the issue of how the married couple flirts each other is discussed.

The husband explains how he flirts with his wife. Asking her, what does she tell him once she is comfortable – the wife appears shy, staring at him – then the husband answers himself– “You tell me ‘Kanbghik,’ (or in English, I love You).” Then the woman laughs.

The husband says that he also calls her “Baby,” and “Dear wife,” noting that he does not flirt with her all the time, only when the timing is “elegant.”

In the same excerpt, another young couple discusses how they flirt with each other.

When the documentary aired experts were brought out and social media users were divided into two groups, sharing the excerpts and expressing their viewpoints on the issues raised.

Some have claimed that 2M “incites the acts of making love out of the wedlock,” and are calling for the staging of a sit-in outside the headquarters of 2M. Others encourage the idea of discussing sex and relationships out of marriage publicly, adding that Moroccans should not feel shy about discussing it.

Some of them say that the documentary “was neutral, since it gives the opportunity to the whole people regardless their ideological background to express themselves towards the issue.”

Still, some have called on the High Authority for Audio-visual Communication, better known as HACA to open an urgent investigation following 2M’s choice of a topic tackling “sex,” claiming that it “opposes Moroccan principles and values.” 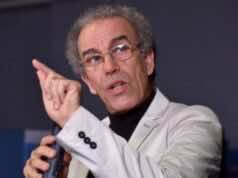