Rabat - Since it took the centre stage internationally as the fiercest and bloodiest terrorist group, ISIS has been successful in attracting thousands of men and women from all over the world. 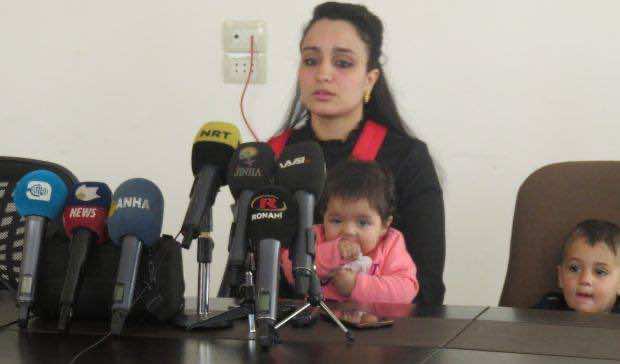 Rabat – Since it took the centre stage internationally as the fiercest and bloodiest terrorist group, ISIS has been successful in attracting thousands of men and women from all over the world.

Many females joined the terrorist organization where they became brides of the group’s fighters, dreaming of “Jannah” (Heaven) and wives, greater in number and beauty, than the ones they already have, whether they willingly offered their bodies to them, or were forced to.

Some of these brides were neither captives, nor recruits who joined the group by their own free will. One of them was a Moroccan who was lucky enough to escape her sordid life as an ISIS sex object. Here is her story, as she told it to the media.

“It was a family marriage. I was just like any other girl getting what she wanted: a husband”, said Islam Maytat, a Moroccan young woman who lived  for three years in ISIS camps, as she recalled her very sad experience.

Maytat was first married to an Afghani man. They met through social media and soon connected. Her suitor came to Morocco and the two got married afterwards.

Her spouse had a British nationality, and so Islam was hoping to live in Britain. The sweet dreams of life in a foreign country would turn, later on, to the worst of nightmares.

Islam’s husband convinced her they had first to go to Afghanistan to see his family. After a month there, the Moroccan young woman could not bear staying in a country plagued by war, so she asked to go back home.

She spent month and a half in Morocco before packed again, and this time her destination was Turkey. Her husband had convinced her he found a job there.

Everything seemed normal until the husband started asking her to change the way she dressed. She got rid of her “Abaya” (traditional dress worn by women in Gulf countries), and put on a modern dress “in order not to arouse suspicions of the Turkish police”.

Shortly after, Islam Maytat found herself crossing the Turkish-Syrian borders along with her husband and other strangers she met in the border city of Gaziantep.

The Road To Daech

“We are going to the land of Islam and Khilfah,” said the husband to the Moroccan young woman.

She was in a state of shock but could not say anything. She could not protest even though she knew she was going to an inferno where war and destruction were all around.

“I was afraid, and I thought I would better keep silent lest I get hurt. I was a stranger in the country. I decided to remain silent until I find a way to flee the place. I was scared they might discover what was going on in my mind and accuse me of apostasy or something like that. My fate would have been terrible”, said Islam Maytat.

In her early 20’s, the Moroccan woman became a widow when her husband was killed in battle in 2014 after he joined the ranks of Daech. The young widow was pregnant with her first son, Abdullah.

Apparently there is not such a thing as a single mom in ISIS camps. That is why Islam soon got married to a friend of her late husband when she was in Raqqa.

But soon after she asked for divorce and moved on to another house. Yet, she could not escape the fate of being married once again.

The third husband was an Indian ISIS fighter who later on became the father of her second child, a baby daughter. Islam put on a condition to live among Syrian civilians and not the people who immigrated to join the terrorist group.

Her idea was to look for a person who would help her escape from ISIS. “There, I met individuals from People’s Protection Units (YPG) and they were the ones who helped me get out of Raqqa. They took me to the territories held by Syrian Democratic Forces,” she said.

The nightmare ended with her leaving ISIS held territories. She told the world about her plight in a press conference as she sat holding her young daughter on her lap, while her son was looking with amazed eyes to the many cameras filming the trio.

It is hard to say it was a happy ending, but it is surely a new start for a woman whose determination helped her flee the inferno of ISIS. Hopefully, she begins a better life now.