Rabat - The African Development Bank has announced that it will launch an Investment Fund for Female Entrepreneurship in Morocco.

Rabat – The African Development Bank has announced that it will launch an Investment Fund for Female Entrepreneurship in Morocco.

In collaboration with General Confederation of Moroccan Enterprises (CGEM) and several financial partners, the African Development Bank (AfDB) is set to inaugurate the fund this year, as part of a global fund of USD 3 billion initiated by the ADB to benefit female African women entrepreneurs.

Negotiations for the fund’s creation began last year as part of the preparation of the new 2017-2021 partnership strategy between the African Development Bank and Morocco.

This fund was also one of the highlights of a working session held on July 21 in Casablanca between the CGEM president Miriem Bensalah-Chaqroun and the president of the ADB on his first official visit to Morocco.

The African Development Bank alone intends to take a stake of more than MAD 200 million in this fund. Its creation aims to promote economic integration of women through support for entrepreneurship.

According to a study by the Economic, Social and Environmental Council, published in 2014, only 0.8 percent of the working women employed at the national level are entrepreneurs.

The fund would complement several efforts made by the Kingdom in this direction, notably the “Ilayki” scheme of the Caisse Centrale de Garantie to encourage the creation of businesses by women. 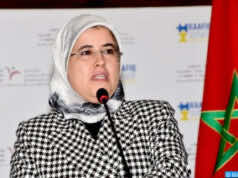