Rabat - The President of the African Union Commission (AUC), Moussa Faki Mahamat,  has welcomed the unanimous adoption by the United Nations Security Council of Resolution 2351 on Western Sahara. 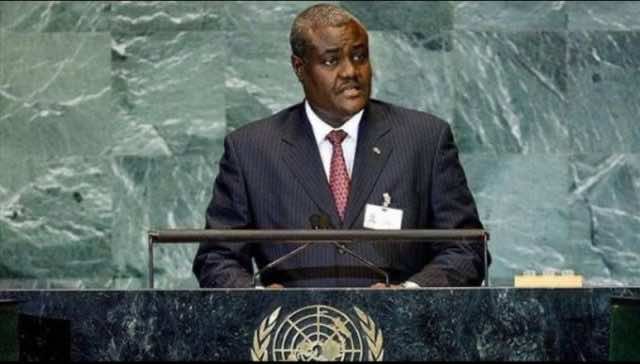 Rabat – The President of the African Union Commission (AUC), Moussa Faki Mahamat,  has welcomed the unanimous adoption by the United Nations Security Council of Resolution 2351 on Western Sahara.

“The President of the AUC, Moussa Faki Mahamat, welcomes the unanimous adoption by UN Security Council members of resolution 2351 (2017), which extended the mandate of [the United Nations Mission in Western Sahara] MINURSO Until April 30, 2018,” said the commission in statement issued Sunday in Addis Ababa.

Mahamat lauded the “constructive spirit” and “determination” that had guided the deliberations of the UN Security Council in advancing the peace process in the region, praising the UN Secretary-General’s “determination” to re-launch the negotiating process with a view to “finding a solution to this conflict.”

The resolution, which sets a new course regarding the long-running dispute of Western Sahara, devoted the distinction of the Moroccan autonomy plan, calling Morocco’s efforts “serious and credible” to move forward in the process of settling the issue.

The UN Security Council reiterated its call “to the parties and neighboring countries to cooperate fully with the United Nations and with each other and to consolidate their commitment to end the current impasse and make progress towards a political solution.”

The UN Security Council, on the other hand, repeated its request for the “registration” of populations in the Tindouf camps in south-western Algeria and “insisted on the necessity in making efforts in this issue.”