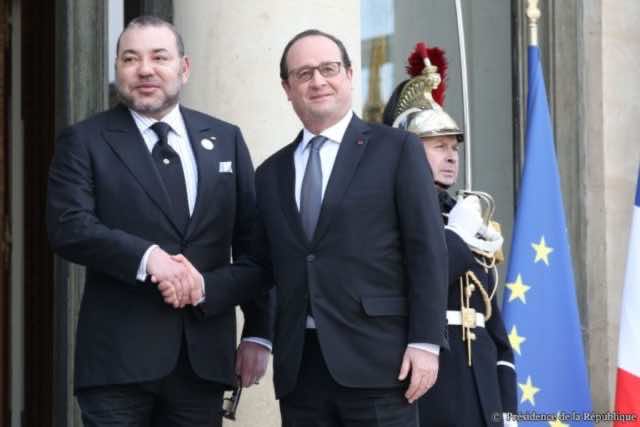 The Monarch is on vacation in France after a stay in Cuba and Miami, USA.

Hollande and the King last met in November during the Marrakech Climate Change Conference.

The king enjoys a good relationship with François Hollande. French media has frequently described the latter as “the King’s friend”.

The meeting comes amid a presidential race in France between independent candidate, Emanuel Macron, and far-right leader Marine Le Pen.

The outgoing social president did not run for a second term while his former Prime Minister, Manuel Valls, failed to win the Socialists vote to run for elections.