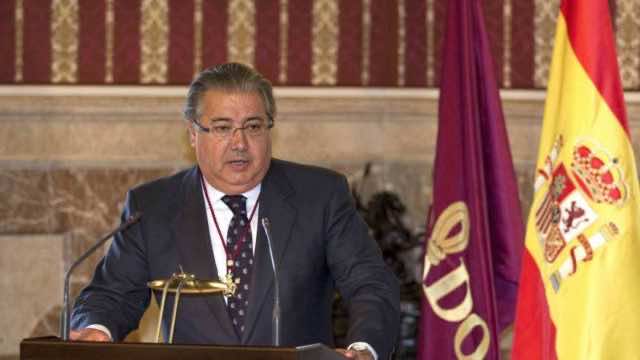 Zoido’s statement came during a press conference held following the joint Spanish-Moroccan dismantling operation of a terrorist cell linked to the so-called Islamic State, better known as ISIS, in both Tangier and Catalonia.

Zoido also paid a tribute to collaborative efforts made by the Spanish General Office of Information of the National Police, the Provincial Information Brigade of Barcelona and Tarragona
and Morocco’s General Directorate for Territorial Surveillance (DGST).

“Together we are stronger, and [this] highlights the importance of international police cooperation as a strategic axis in the fight against terrorism,” Zoido said.“Terrorists are enemies of our society and we are going to pursue them where they are, as demonstrated by the operation against the three jihadists.”

On Monday, Morocco’s Ministry of Interior said in a communique that the Central Bureau of Judicial Investigation (BCIJ) had dismantled the three-member cell in conjunction with the Spanish security authorities. The member arrested in Tangier will appear in court following the completion of an investigation by the public prosecutor.

The two arrested in Catalonia are Moroccans aged 21 and 32 who had been planning to join ISIS in Iraq and Syria.

The preliminary investigation had revealed that the cell had close contacts with two fighters in Iraq and Syria, helping recruit and send volunteers, including the brother of one of the detainees, to fight with ISIS.