Rabat - Samir Benmakhlouf, the former CEO of the Moroccan subsidiary of Microsoft Corporate, has just launched the London Academy Casablanca. 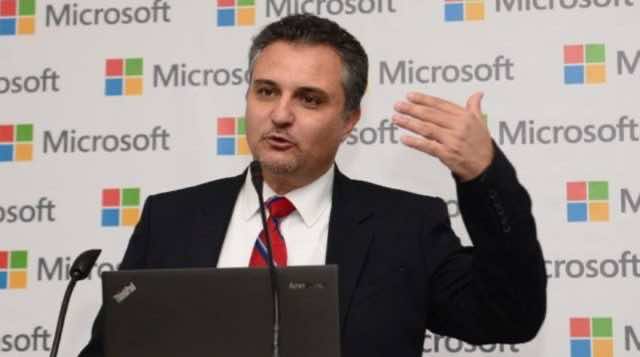 Rabat – Samir Benmakhlouf, the former CEO of the Moroccan subsidiary of Microsoft Corporate, has just launched the London Academy Casablanca.

After leaving his position in Microsoft Morocco this early May, Benmakhlouf is conquering a new field, far from the world of connectivity and IT management: education.

Based in Bouskoura, the kindergarten-primary school, whose registrations will start on May 8, 2017, will open its doors at the next school year. London Academy Casablanca offers bilingual education in Arabic and English, reinforced by the British program and the International Baccalaureate program. The school will also offer a hybrid pedagogy between experiential and e-learning, in addition to a partnership with the Arsenal Soccer School.

In an interview with the economic daily L’economiste, Benmakhlouf expressed that he believes that education is the investment of the future.

“During my 14 years at Microsoft, and more than eight years in entrepreneurship, I have always had this vision to innovate and transform the education system. This is based on international best practices and using technology so that the child is ready for the trades of the future and not those of the past,” the entrepreneur explained.

According to the newspaper, London Academy Casablanca will be the only Moroccan school to offer an Arabic-English curriculum in Casablanca. Benmakhlouf’s ambitions outstrip the borders of the Moroccan economic capital. The entrepreneur aims to duplicate the school’s concept on several cities, and even on a continental scale in the longer term, reports L’economiste.

“This school will be the example of the transformation of education,” Benmakhlouf disclosed to the newspaper.

“The program will focus on the student and not the teacher. It will encourage the spirit of entrepreneurship and volunteerism,” he explained, stressing that the school “will expose children to coding at the primary level, in order to train future computer geniuses. We will also have recourse to gaming, robotics and mechanics.”