Toronto - Video of four young America-Muslim women confronting an unidentified man hurling insults at them in a Mexican restaurant in Chicago is making the rounds on social media. 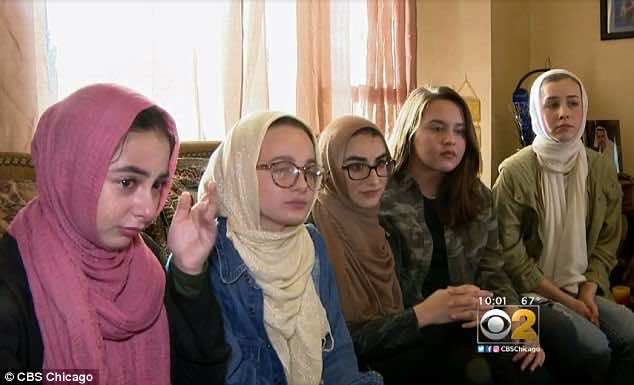 By
Constance Renton
-
Constance graduated from the Television and Radio Broadcasting Program at Canadore College in 1983.
Jun 7, 2017
Spread the love

Toronto – Video of four young America-Muslim women confronting an unidentified man hurling insults at them in a Mexican restaurant in Chicago is making the rounds on social media.

17-year-old Sawin Osman and three of her friends were just looking for a quiet place to enjoy their Iftar meal at Pedro’s restaurant in Chicago on Monday. They ended up getting a lot more than they bargained for. After sharing the video with Yahoo News, Osman described the encounter in detail.

At some point in the evening a man who has not yet been identified noticed their headscarves and began making unsolicited remarks about them in front of the other patrons. He began with a disparaging remark about the weight of one young woman saying, “That girl could break a camel’s back.”

As one of the young women started to record the encounter on her mobile phone, Osman took exception to the remark and confronted the man about it. He became defensive then belligerent, telling her “You can go and beat it. If you don’t like this country, leave.”

Confused and offended, Osman replied, “It’s our home too. What do you mean?” The exchange prompted one of Osman’s friends to call the man “disgusting,” which made the made rise from his seat.

Fearing an physical escalation of the incident, the young women beat a hasty retreat from the restaurant. Incensed at their departure, the man yelled “F***ing goddamn, camel-jacking mother f***ing c***s!”

So far, no comments have been issued by the restaurant’s management.

Osman herself comes from a bi-religious family. “We live in a very charged climate. I think the furor at the presidential level has sort of exacerbated this feeling and given a platform for those who might not have spoken out so aggressively,” said Osman’s mother, Catherine Bronson, a professor of Islamic Studies at the University of Notre Dame.

As for Osman herself, she described her feelings this way:

“It’s honestly very terrible and disgusting, especially the comment, ‘If you don’t like it, then just leave.’ I mean I was born here. I was raised here. Leave to where?”  She concluded by reminding people watching the video and reading her story that “Just because we have the headscarf on doesn’t mean we’re not from here.”