Rabat - King Mohammed VI has expressed his full support of the Kuwaiti emir's work to find a solution to the current diplomatic crisis in the Gulf, Morocco's Minster of Foreign Affairs said Tuesday. 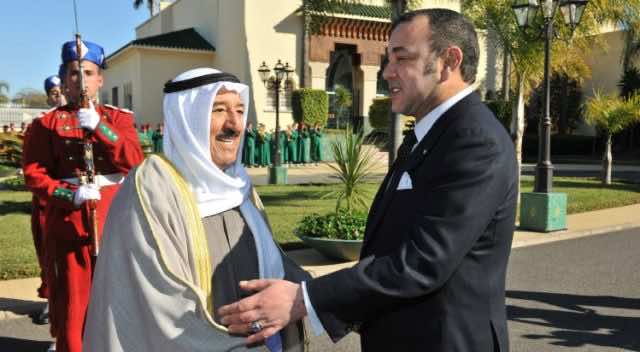 Rabat – King Mohammed VI has expressed his full support of the Kuwaiti emir’s work to find a solution to the current diplomatic crisis in the Gulf, Morocco’s Minster of Foreign Affairs said Tuesday.

In the presence of Kuwait’s First Deputy Prime Minister and Minister of Foreign Affairs and Deputy Minister of the Amiri Diwan Affairs, Bourita delivered a verbal message from King Mohammed VI to Emir of Kuwait

“The King expressed his full support to the Emir’s efforts in defusing tension amongst Gulf countries,” he said.

Amid tensions between Qatar and its neighboring gulf countries, Bourita paid a visit to the United Arab Emirates (UAE) on Monday as part of the King Mohammed VI’s offer to mediate in the current Gulf crisis.

On Sunday, Kuwait’s foreign minister announced that emir spoke with officials in Qatar who indicated the country is ready to both talk and listen in an effort to find a speedy resolution to the Gulf rift.

The diplomatic crisis came following the decision Saudi Arabia, Bahrain, the United Arab Emirates, Egypt, Yemen and Libya, and the Maldives in the early hours of Monday, June 4 to sever their ties with Qatar over its alleged “support of terrorism.”

Morocco expressed on Sunday its “neutrality” towards the issue in order not to “confine it to passive observation of a disturbing escalation between brotherly countries,” adding that “Morocco is strongly associated with the Gulf countries in all fields despite its geographical distance, feels intimately concerned by this crisis despite it is not directly involved.”

On Monday, Bourita announced that planes carrying food were set to fly from Morocco to Qatar.