Rabat - The General Directorate of National Security (DGSN) has said that actions taken by law enforcement during protests in the Rif region sought to preserve public order. 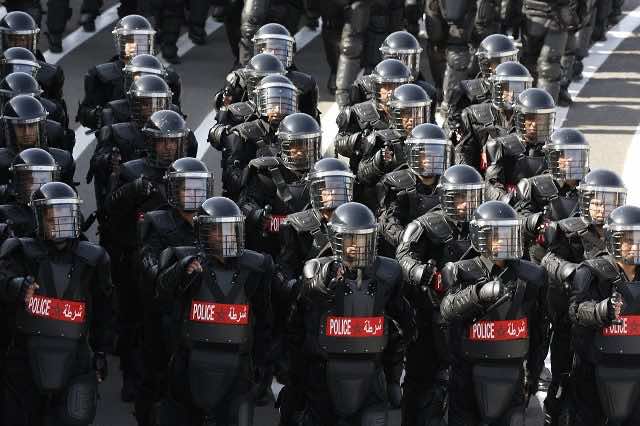 Rabat – The General Directorate of National Security (DGSN) has said that actions taken by law enforcement during protests in the Rif region sought to preserve public order.

In a communiqué issued on Tuesday, Morocco’ security agency stated these interventions sought to preserve collective and individual rights and freedoms, and have not threatened the security of citizens.

The DGSN added that “protests witnessed a dangerous escalation” that threatened public order when they turned to massive violent rallies, in which some people had used bladed weapons, Molotov cocktails and rocks against security forces.

Violence by protesters, the DGSN said, has resulted in injuries of 298 security officers. Injuries ranged from broken limbs and skulls, bruises, suffocations and burns.

As a result, injured officers had to be given sick leave ranging from 15 to 104 days. Two officers were transferred to hospital in Rabat with serious skull injuries.

The cost of damage to public property totaled more than MAD 14 million.

The security agency vowed to keep “preserving public order” and the “security of citizens” while showing restraint and not allowing themselves to be provoked.