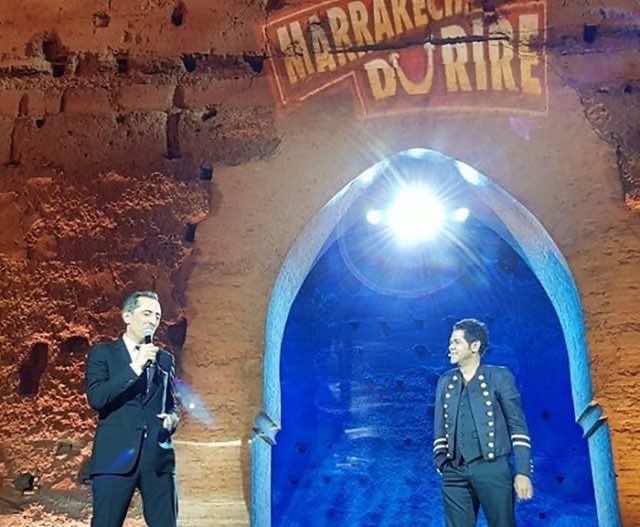 El Maleh, one of the most famous comedians in the French speaking world, delighted the audience with jokes making fun of residents of major Moroccan cities like Casablanca, Rabat and Fez.

He brought up the state of driving in his home city of Casablanca, which he said was “the only city in the world where jaywalkers have to wear a safety belt.”

When he asked if there were Fassis (residents of Fez) in the crowd, a couple of hands were raised from the back. “What’s this? You should be in the front row. The Fassis have regressed or what?” he teased.

El Maleh was born to a Jewish family in Casablanca in 1971. At the age of 17 he went to Canada to study social sciences at Cégep de Saint-Laurent in Montréal. In 1992 he moved to France to study drama at Cours Florent. As time went by, he grew to become of France’s most popular comedians. For years, he teamed up on many occasions with fellow comedianJamel Debbouze, who would go on to found Marrakech du Rire.

In recent years, El Maleh started performing in English, most notably during a tour of the United States where he made guest appearances the popular late-night shows of Conan O’Brien, Seth Meyers, and Stephen Colbert. He is also a friend of famous US comedians like Jerry Seinfeld.

Marrakech du Rire was founded by Debbouze in 2011. Each year several French and Arabic speaking comedians perform before large audiences in the city of Marrakech.