Rabat - On Friday, Morocco Minister of Foreign Affairs Nasser Bourita met with his Egyptian counterpart Sameh Choukry during their participation in the opening session of the African Union’s 31st Ordinary Session of the Executive Council. 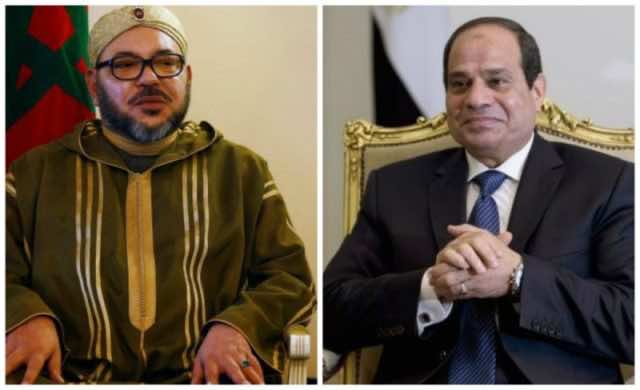 Rabat – On Friday, Morocco Minister of Foreign Affairs Nasser Bourita met with his Egyptian counterpart Sameh Choukry during their participation in the opening session of the African Union’s 31st Ordinary Session of the Executive Council.

According to Egyptian media, the two parties discussed bilateral relations and a potential visit by King Mohahmmed VI to Cairo.

Despite diplomatic flattery, Morocco and Egypt have not been on good terms in recent years.

From the issue of Western Sahara, to rapprochement with Algeria and Ethiopia, which made both countries angry each other, Rabat and Cairo appear to be drifting from the positive relations formed under former presidents Anwar Sadat and Hosni Mubarak.

In January 2015 observers of Moroccan politics were astonished when two local state-run TV channels, Al Oula and 2M, broadcast reports criticizing el-Sisi’s rule, saying that Egypt had been living in a security chaos since the military coup he led ousted the “legitimate” president Mohamed Morsi of the Islamist Muslim Brotherhood.

“The military coup led by Abdelfattah el-Sisi aborted the democratic transition in Egypt,”, said researcher Mohamed Benhamou  in a statement to Al Oula.

Prior to that, Rabat had not expressed any anti-el-Sisi discourse despite the fact the government was led by its own Islamist movement, the Justice and Development Party (PJD), which has long and strong ties with their Egyptian counterparts.

Morocco, whose foreign policy is directed by King Mohammed VI, seemed willing to maintain normal relations with Egypt, which the PJD went along with despite their pro-Muslim Brotherhood stance. During el-Sisi’s swearing-in ceremony in June 2014, he was congratulated by the kingdom’s then-Minister of Foreign Affairs Salaheddine Mezouar.

So, when the critical of the Egyptian state were aired on Moroccan state-run channels, some saw this as an indication that relations had soured between the two countries.

Strangely enough, Egypt, which has by far a larger arsenal of state-run and private TV channels owned by businessmen with close ties to the regime, chose not to escalate matters with Morocco.

Instead, the country’s Minister of Foreign Affairs was sent to Morocco a few days later where he met with King Mohammed VI, carrying a private message from President el-Sisi inviting him to visit Egypt. However, the King has yet to follow through on the invitation despite several reports announcing it since that date.

While Egypt’s rushed to contain the nascent crisis, the incident was however followed by others.

In November 2016, when nine Arab nations pulled out from the Arab-African Summit in Equatorial Guinea as a response to the participation of Polisario, Egypt’s decided  not to follow in suit.

El-Sisi himself took part in the summit, arriving following the Arab countries’ withdrawal.

Some observers established a link between el-Sisi’s decision and his country’s diplomatic shift since his visit to Algiers in June 2014: oil. The visit was interpreted as an attempt by the Egyptian president to ensure a continuous flow of gas to his country. This choice soon turned to hold great strategic importance to Cairo when tensions with Saudi Arabia rose after Riyadh decided to cut its gas supply to Egypt its ally as a reaction to it’s supporting support for a “Russian” resolution on Syria in the UN in October 2016.

Since then, Egypt has appeared to align itself with Algeria and Polisario. For several Moroccan media outlets and observers, two other incidents came to confirm these suspicions.

The first was Egypt’s decision in July 2016 not to sign a motion presented by 28 countries of the African Union (AU), to suspend the membership the self-proclaimed Sahrawi Arab Democratic Republic (SADR).

Later in October, 2016 the participation of a delegation representing the so-called Parliament of the SADR in an Arab-African parliamentary conference in Sharm El Sheikh further increased the tensions between the two countries.

“Since Abdelfattah el-Sisi’ s coming to power, Egypt has not ceased sending messages of sympathy to Polisario to please the Algerian regime even if this means angering Moroccans,”, wrote Moroccan journalist and political analyst Mustapha Tossa on a article published on Atlasinfo in October 2016.

Mistrust between the two countries further increased when King Mohammed VI visited Ethiopia in November 2016 as part of his tour of eastern Africa was interpreted by Egyptian media as a reaction to Egypt’s reception of a Polisario delegation.

Ethiopia and Egypt are currently in dispute over the former’s Grand Renaissance Dam project, which Cairo says will cause the waters of the Nile River to on its side to decrease.

While the king’s visit was part of a broader Moroccan strategy to create a foothold in new African regions, the interpretation given to the visit along with Egypt’s rapprochement with Algeria highlight the prevailing antagonism between Rabat and Cairo.

But, as Tossa notes, Egypt has also chosen to support Morocco on certain issues. In March and April 2016, Egypt, being as a non-permanent member of the United Nations Security Council (UNSC), completely sided with the kingdom during  its dispute with former secretary general of the UN Ban Ki Moon after he referred to Morocco as an “occupying force” of Western Sahara.

Egypt’s position proved that it can be an important asset for Morocco. For this reasons, analysts like Tossa are calling on both countries to talk in order to dissipate misunderstanding and build better relations, something which a meeting between Sisi and the King could help achieve.