Rabat - Istiqlal Party (PI) leader Hamid Chabat and a group of his supporters have defied a police order to evacuate the headquarters of the labor union affiliated with the party. 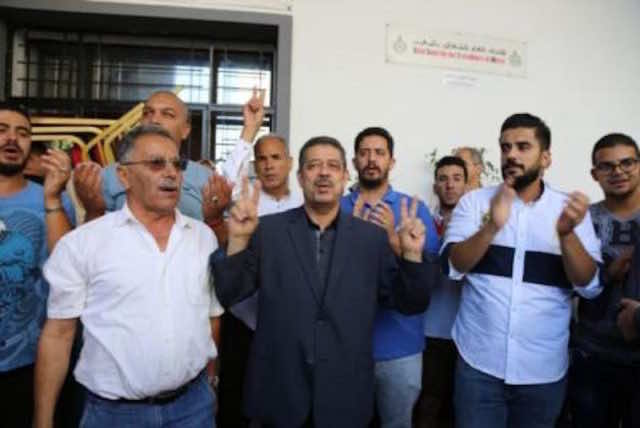 Rabat – Istiqlal Party (PI) leader Hamid Chabat and a group of his supporters have defied a police order to evacuate the headquarters of the labor union affiliated with the party.

Hamid Chabat and his followers held a demonstration in front of the General Union of Moroccan Workers (UGTM) in Rabat, refusing to evacuate the union.

The union is the subject of a contest between the party leaders’ supporters and opponents within the PI.

The anti-Chabat wing, led by Mayara Enaam, known for entertaining close ties with influential PI leading member Hamdi Ould Rachid, secured a court decision in May in their favor after the UGTM faction supporting him elected him as president of the union.

Chabat and his followers rejected the court decision, maintaining that Kafi Cherat, the pro-Chabat former president, is the legitimate leader of UGTM.

In May, Hamid Chabat and his UGTM supporters held an extraordinary session in hopes of electing him as the new labor Secretary General, but police intervened following a complaint by Enaam on the basis that the meeting was “illegal.”

The battle for leadership inside UGTM echoes another within Istiqlal where several key members, led by Ould Rachid, are seeking to overthrow Chabat.

The Secretary General lost support from several leading members of the party following a controversial statement about Mauritania in December 2016, which he called “historically part of Morocco.”

The statements nearly caused a crisis with Nouakchott, which led the Moroccan Ministry of Foreign Affairs to release a statement rebuking the Istiqlal leader.

As a result, Istiqlal was excluded from joining the government coalition during the negotiations led by the then-appointed head of government Abdelilah Benkirane. The exclusion provided a reason for Chabat’s detractors to call for his removal from office.

They will have a chance to do so during the next Istiqlal convention in late September, when a new party leader will be elected. Chabat will face former minister of finance Nizar Baraka, who in the last few months has been campaigning against the current leader.