Rabat - Spanish insider accounts of the Leila Island military conflict between Morocco and Spain have emerged, shedding light on the bloodless crisis, 15 years after it happened.

By
Chloe Koura
-
Chloé Koura is a final-year student of Arabic and Latin at the University of St Andrews.
Jul 11, 2017
Spread the love

Rabat – Spanish insider accounts of the Leila Island military conflict between Morocco and Spain have emerged, shedding light on the bloodless crisis, 15 years after it happened.

Five Spanish officials involved in Operation Romeo-Sierra, the Spanish mission to reclaim Leila Island [Perejil in Spanish], have spoken to El Español in the first-ever interview of those involved in the incident that “almost” caused a war between Morocco and Spain, sharing their experiences and surprise that the military movement became one “of such magnitude”.

Situated 250 meters off the Moroccan coast and 13.5km from mainland Spain, the uninhabited island became the center of an “unprecedented crisis” between the two nations when a Spanish patrol took offence to seeing the Moroccan flag that was raised on the island on July 11, 2002.

Tensions escalated when Spanish soldiers went onto the island to explore and were confronted by Moroccans, who allegedly forced them back to their boats at gunpoint. Spain retaliated on July 17, dropping 28 members of its special forces onto the island in three helicopters, with a further two nearby. The European nation also stationed five warships and two submarines near the island, greatly outnumbering the single vessel Morocco had in place.

“Military intervention is the only answer”

Despite the clear outnumbering of Spanish military force, Spain’s then-Defense Minister Federico Trillo said Spanish actions were “a clear case of legitimate defense.” The leader of the Spanish helicopter squadron, Vicente León Zafra, told El Español that they did not know how many Moroccans were on the island, and that the number had been estimated on previous days to be over 20. This guess ended up being far higher than the six Moroccan marines stationed on the island, who replaced the original five gendarmes.

Morocco’s then-Foreign Minister Mohamed Benaissa accused Spain’s actions of being “equivalent to a declaration of war,” noting the islet was “an integral part” of Moroccan territory. Morocco maintains that Leila has been Moroccan since the country became independent in 1956 and has said the island is instrumental in fighting terrorism and illegal immigrant trafficking.

Spain thought that the small island was theirs, given they were its most recent inhabitants. The country’s then-Foreign Minister Ana Palacio said that Morocco’s actions had “broken the status quo” and Spain was only trying to restore it. Then-Prime Minister José María Aznar, believing that military intervention was the only thing that could resolve the conflict, sent war vessels to the island.

In the article published by El Español on July 9, the first Spaniard to land on the island, Fernando Jordá Sempere, shared details of the event. “Twenty-eight were chosen to land on the island: 24 from our unit and four marines, a number far higher than the hypothetical Moroccan force. We had designed a three-dimensional program that recreated Perejil Island, and we prepared using those plans. We repeated the movements until satiety so that in the actual moment, we would act with certainty.”

Threatened by a single boat

While the Moroccans were backed by one patrol boat, helicopter pilot Fernández Ortiz-Repiso said its 20mm cannon made them feel as if they were under “a tremendous threat.” He continued that the Moroccans illuminated them with a spotlight that blinded them and began to prepare arms, an action that was “sufficient motive to open fire.”

Sempere questioned whether the Moroccans would have opened fire on the Spaniards, doubting their proactive agency. “I believe that the Moroccans do not do anything without receiving orders. Maybe a Spanish soldier would improvise.” Since transmissions were cancelled in the strait’s zone, in what he called an “electronic war,” actions were delayed. “Between yes and no, those men were not able to act.”

Captain Ortiz-Repiso also revealed the difficulty of the operation on the island itself. “It was very complicated, because firing when you feel a threat is the easiest, but it was of the utmost importance that there were zero casualties. We made elusive moves. If they had opened fire, we would have responded. We resisted because we wanted the operation to be surgical.”

Prior to the operation, the Spanish head of government told the Minister of Defense that the soldiers should act as quickly as possible, causing “zero damage.”

International organizations and press displayed a variety of opinions regarding the incident. NATO said the issue was merely a bilateral problem between the two countries, but European commission spokesman Gunar Wiegand strongly condemned Morocco’s advance, calling it “regrettable” and “a violation of Spanish territory.”

This opinion was shared by Spanish newspaper El Mundo, who called King Mohammed VI a “dictator,” stating that his “path of confrontation with one of the great European democracies” would have a “serious cost.” The Guardian also labelled it “the first military invasion of western European soil since the Second World War.”

Political analyst Samir Bennis, however, has said that the decision to send Moroccan gendarmerie to the island was a reaction to a series of provocations from Spain’s then prime minister. “During the summit of the European Union held in Seville in June 2002, Aznar sought to sway the European Union (EU) to vote for a text that would provide for sanctions against countries that failed to cooperate enough in the fight against clandestine immigration. In Rabat, it was clear that this measure sought to punish Morocco by targeting the kingdom.”

Bennis added that relations had started to deteriorate since late 1999, when Morocco refused to renew a fishing agreement with the EU unfavorable for the kingdom. Relations between the two countries further worsened in the autumn of 2001 due to “the increase of number of undocumented immigrants arriving in Spanish costs, the demonization of the country in Spanish media, as well as the question of Western Sahara.” In October 2001, Morocco recalled its Ambassador to Madrid for consultation. The decision was made after the parliament of the autonomous region of Andalusia organized a mock referendum of determination in favor of the Western Sahara.

The six Moroccan marines surrendered without hassle and were transferred to the Civil Guard in Ceuta eight kilometers away, before being transported over the Moroccan border on the same day. There were no injuries on either side.

United States Secretary of State Colin Powell, who mediated the situation, famously called Perejil “a stupid little island” and initially thought the issue was a joke, comparing it in his memoir to ‘The Mouse That Roared’, a Peter Sellers comedy “about a minuscule European country that gets hold of a superweapon by mistake and makes the great powers tremble.” 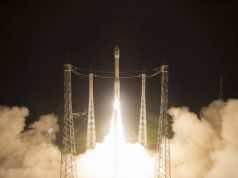