With results of the second session of the Baccalaureate examination revealed last Friday by the ministry of education, the graduation rate for the year 2017 reached 62.5 percent, compared to 61.72 percent in 2016. 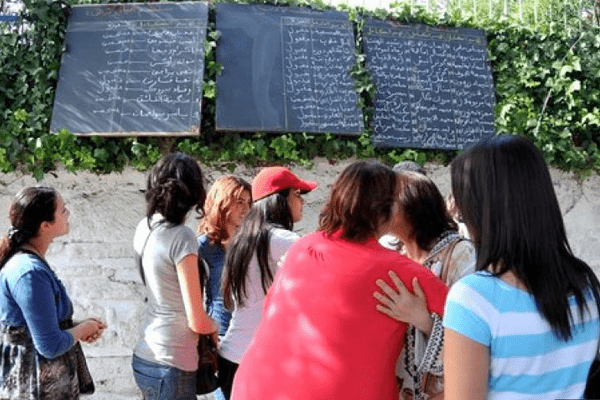 With results of the second session of the Baccalaureate examination revealed last Friday by the ministry of education, the graduation rate for the year 2017 reached 62.5 percent, compared to 61.72 percent in 2016.

The total number of candidates who passed the Baccalaureate examination in June averaged 325.191 candidates. From this total, 49.490 students graduated during the July second session.

The largest rate of success was recorded among female graduates, registering 52 percent. Male graduates represented a success rate of 48 percent, announced the ministry.

The highest rate of academic success, 66.43 percent, was recorded in the scientific branches, while the literary branches recorded a 63.23 percent success rate.

A budget of MAD 1.9 billion was allocated for 286,000 scholarships, available to students requiring financial assistance.

For the upcoming academic 2017-2018 year, the number of undergraduate students is expected to reach one million.

The university students’ demography is in continuous and fast growth, which results in a serious problem of overcrowding, said the ministry.